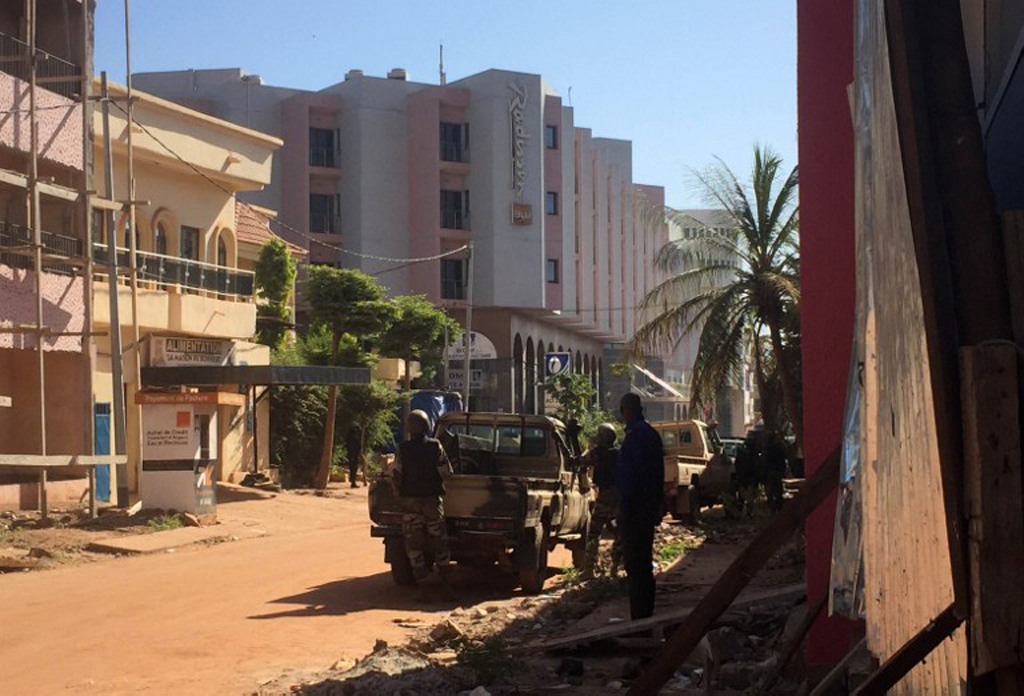 BAMAKO -  AFP reports that three people have been killed in the Mali hotel seige.

Reports indicate that security forces have freed around eighty hostages from the hotel after it was attacked by jihadists.

The attackers launched a shooting rampage in the Radisson Blu hotel in the centre of the Malian capital Bamako on Friday, security sources and an AFP journalist said.

Some reports say some of those released were able to recite verses from the Koran.

Two people have "locked in" 140 guests and 30 employees in an ongoing hostage-taking , the hotel chain said in a statement on Friday.

"The Rezidor Hotel Group... is aware of the hostage-taking that is ongoing at the property today, 20th November 2015. As per our information two persons have locked in 140 guests and 30 employees," the company said.Automatic weapons fire could be heard from outside the 190-room hotel, where security forces have set up a security cordon.

"It&39;s all happening on the seventh floor, jihadists are firing in the corridor," a security source told AFP.

An attack on a restaurant in the capital of Mali in May saw four people killed, including two Malians, a citizen of France and a citizen of Belgium.

The shooting follows a nearly 24-hour siege and hostage-taking at another hotel in August in the central Malian town of Sevare.

SECURITY MESSSAGE (1/4) The Embassy is aware of an ongoing active shooter operation at the Radisson Hotel.

Islamist groups have continued to wage attacks in Mali despite a June peace deal between former Tuareg rebels in the north of the country and rival pro-government armed groups.

Northern Mali fell in March-April 2012 to Al-Qaeda-linked jihadist groups long concentrated in the area before being ousted by an ongoing French-led military operation launched in January 2013.

Despite the peace deal, large swathes of Mali remain beyond the control of government and foreign forces.