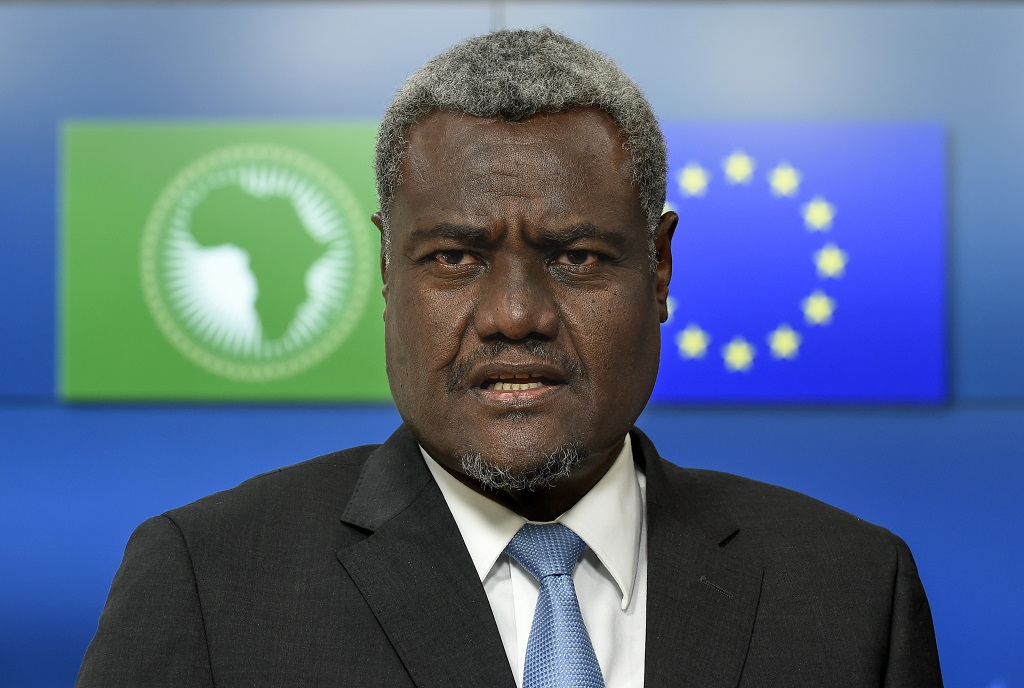 Chairperson of the African Union Commission Moussa Faki Mahamat delivers a joint press conference with the High Representative of the Union for Foreign Affairs and Security Policy after their meeting at the EU headquarters in Brussels on May 15, 2017.

JOHANNESBURG – The chairperson of the African Union Commission, Moussa Faki Mahamat, is on a five-nation tour of the restive Sahel Saharan region to reaffirm the AU’s commitment and solidarity with the region in its fight against terrorism and crime.

Mahamat’s visit, which ends on Saturday, is also part of the AU’s endeavour to create a safe and secure environment while contributing to the stabilisation and long-term development of the Sahel region.

Addressing security issues along common borders due to the interlinked effects of terrorism and transnational organised criminal networks and inter communal conflict in the region is extremely important to the AU.

The daunting security and political challenges in Libya and the resurgence of terrorist attacks, especially along the northern Mali border, has created one of the most worrying threats to regional peace and security.