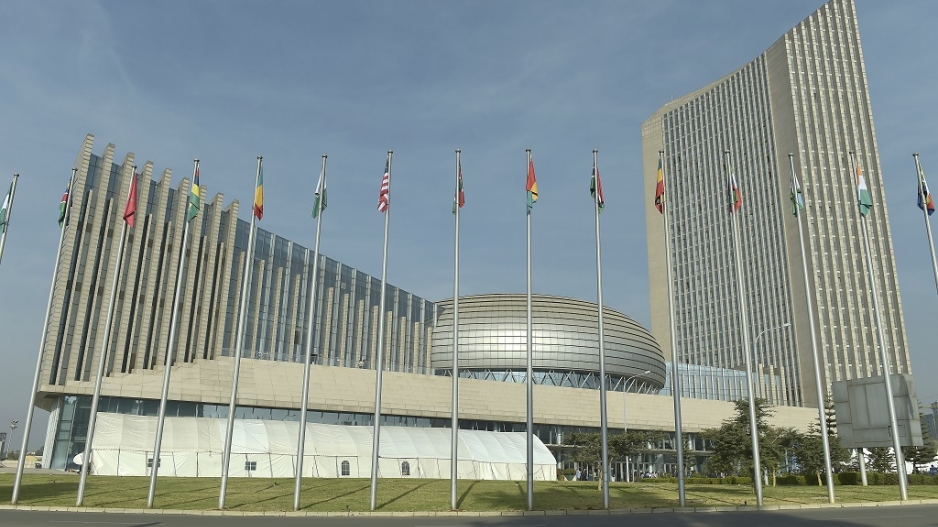 This photo taken on January 28, 2018 shows the African Union (AU) headquarters in Addis Ababa during the opening of the Ordinary Session of the Assembly of Heads of State and Government for the 30th annual African Union summit.

ADDIS ABABA, Ethiopia - China&39;s ambassador to the African Union on Monday denounced as "absurd" a report by French newspaper Le Monde alleging that Beijing has been spying on the continental body.

The report published last week claimed technicians at the body&39;s headquarters in the Ethiopian capital discovered last year that the contents of their computers had been regularly copied to servers in Shanghai since 2012, citing several unnamed AU sources.

"I think the report is a sensational story, but is also preposterous and absurd," Chinese envoy Kuang Weilin said on the sidelines of the AU summit in Addis Ababa.

The twice-yearly meeting is taking place in a soaring conference hall built by the Chinese as a symbol of their friendship with Africa and inaugurated the same year the alleged spying began.

Weilin said the report published last week on the eve of the summit "will undermine the image of the newspaper" but not the relationship between China and Africa.

The AU leadership did not address the report in their opening remarks on Sunday, and Ethiopian Prime Minister Hailemariam Desalegn downplayed Le Monde&39;s findings.

"There is nothing to be spied (on). I don&39;t believe it," he told journalists.

Le Monde said the AU&39;s servers were changed and its IT systems redone after the copying was found.

The newspaper also reports Ethiopian cyber security experts removed microphones hidden in the desks and walls of the headquarters.

China is deeply invested in Africa, regularly offering low-interest loans and gifts to individual nations and doing $149,2-billion (R1,7-trillion) in trade with the continent in 2016.