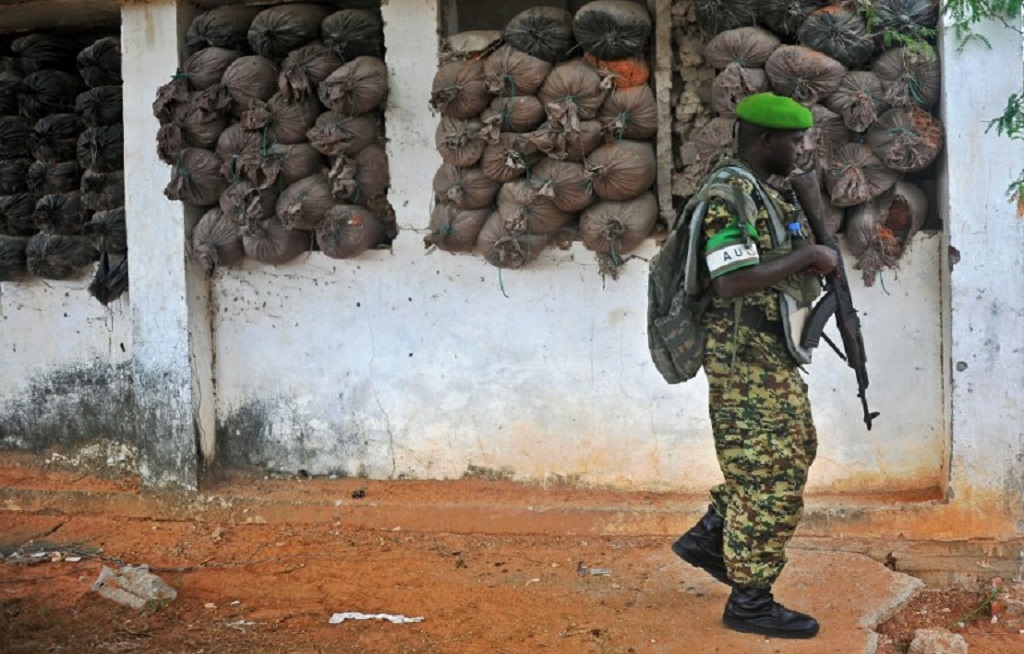 An African Union (AMISOM) soldier on patrol in Mogadishu on July 11, 2017.

24 African Union troops killed after being ambushed by al-Shabab in Somalia https://t.co/BbkY4ZyuGN pic.twitter.com/K0GjocknMH

Ali Nur, the deputy governor of Lower Shabelle region, said: "We have carried 23 dead AMISOM soldiers and a dead Somali soldier from the scene where al Shabaab ambushed AMISOM today."

The casualty figure could not be independently verified. The numbers al Shabaab and officials give usually differ.

Uganda's defence ministry said its soldiers were part of the AMISOM convoy and an unspecified number of its soldiers had been killed.

Al Shabaab wants to force out the peacekeepers, oust the Western-backed government and impose its strict interpretation of Islam in Somalia.