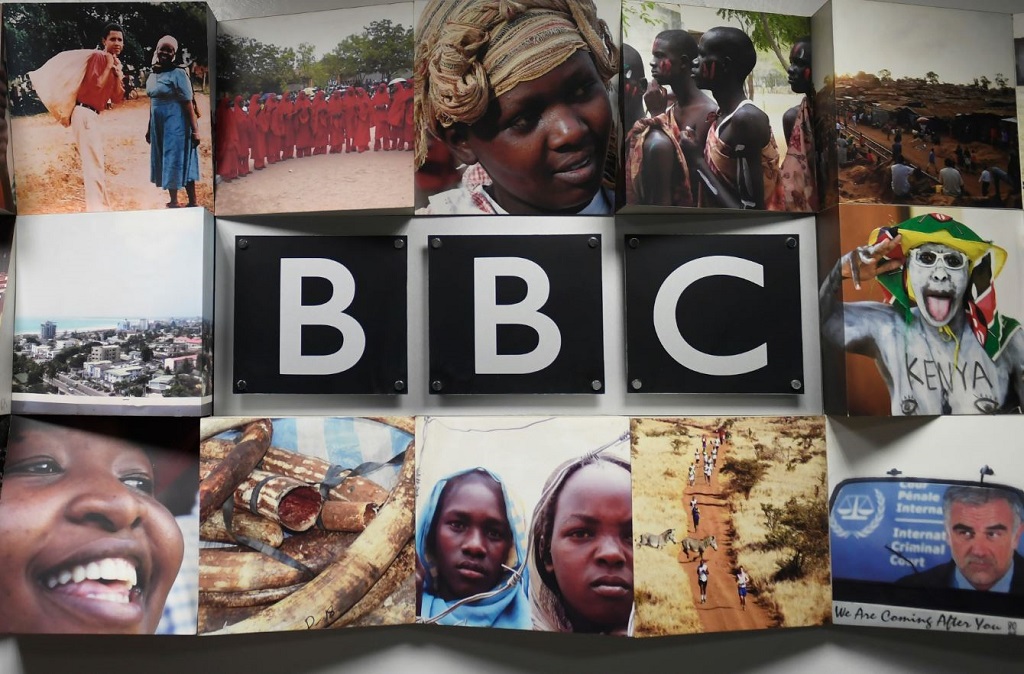 File: A logo of the British Broadcasting Corporation (BBC), the British public service broadcaster, is pictured at the East African Bureau on February 1, 2018 office in Nairobi.

LAGOS - The BBC this week launches its new Igbo and Yoruba services in Nigeria, as part of an expansion in local languages aimed at more in-depth reporting of countries around the world.

The digital-only services go live online and on social media on Monday, joining a platform for Pidgin speakers that was launched last year and has attracted widespread interest.

All three are among 12 new language services set up across the world with the help of £291 million (R4.7-billion) British government funding.

Peter Okwoche, in charge of editorial for the launch, described Yoruba and Igbo as "the two final cogs in the wheel for the new services in West Africa" and said they were much needed.

"What we feel is that original journalism in a local language travels even further than in English," he told AFP in an interview.

"We&39;re big on the African narrative, the Nigerian narrative. It&39;s time for people to try to tell their own stories."

Young Nigerians increasingly live life online, with social media hugely popular in the country, which has about 150 million mobile phone subscriptions among its population of nearly 190 million.

Nearly two-thirds (62 percent) of the population is aged under 24, giving it one of the youngest demographics in the world.

Okwoche said they were the corporation&39;s target audience, along with the business-savvy men and women for which the Igbo and Yoruba communities are noted both at home and abroad.

"All we ever get to hear from Nigeria these days is Boko Haram in the northeast. As serious as that story is, it&39;s happening in one particular part of the country," he said.

"But there&39;s so much more happening. Here in Lagos, for instance, there&39;s technology stories, business and young entrepreneurs, the hustle of the street...

"We never get to see that."

The launch comes at a time of renewed tensions between Nigeria&39;s three main regions, particularly the Igbo-speaking southeast and the Hausa-speaking north.

In the southeast, the Indigenous People of Biafra (IPOB) group has revived separatist sentiment, half a century after a previous declaration of independence sparked a brutal civil war.

The populist rhetoric of IPOB&39;s leader, former London estate agent Nnamdi Kanu, has led to clashes between his supporters and the military, and propaganda on both sides.

Its push for a separate republic of Biafra, using its own media, including Kanu&39;s Radio Biafra, has also sparked similar calls from hardline Yoruba nationalists in the southwest.

Kanu is currently on trial for treason in the capital, Abuja, but has not been seen since September last year. BBC Igbo will on Monday run an interview with his wife.

A heady mix of wildfire rumours and misinformation on social media, plus Nigerians&39; strong sense of ethnic identity, makes Africa&39;s most populous nation a difficult place to report.

Foreign media often have historical baggage to deal with, not least those from Britain, the former colonial power until 1960.

In the southeast, it is still not forgotten that London backed Nigeria&39;s federal forces against the fledgeling Biafra in the civil war.

Okwoche acknowledged the potential pitfalls of such a strong sense of regional identity.

But he said his young team had undergone months of "rigorous BBC training, trying to almost change their mindset", to tell the story without personal emotions.

"We&39;re trying to balance our stories... We just have to keep on telling them (that) once your story is embellished, people know and you begin to lose credibility," he added.

The BBC has had a Hausa-language service broadcasting to northern Nigeria for 60 years, which has become one of the most successful in the corporation.

Okwoche said it was "about time" the country&39;s other regions were catered for, using local, rather than foreign staff.