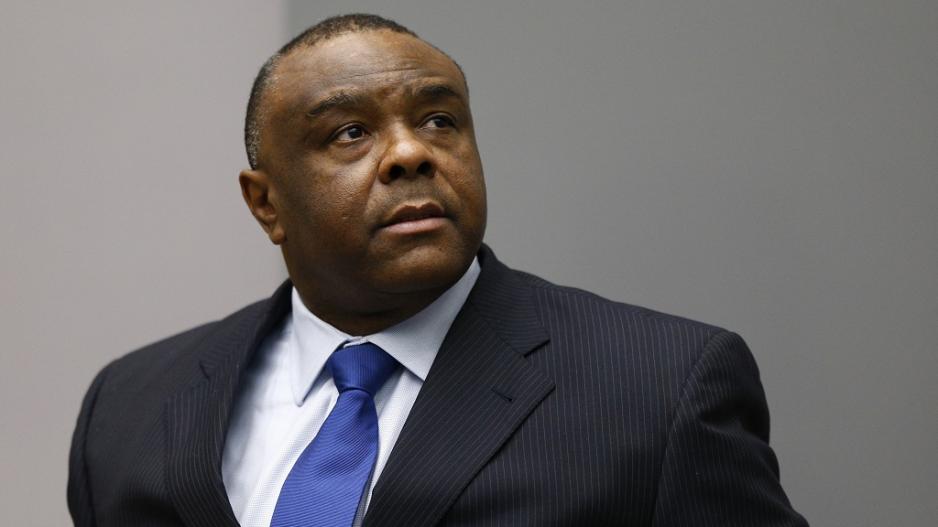 File: Former Congolese vice-president Jean-Pierre Bemba sits in the courtroom of the International Criminal Court (ICC) in The Hague on June 21, 2016.

KINSHASA - One of the world&39;s most unstable countries was already struggling with a political crisis and nail-biting uncertainty.

A decision by a war crimes tribunal has now added to the Democratic Republic of Congo&39;s explosive mix.

By acquitting ex-rebel and former vice president Jean-Pierre Bemba, the International Criminal Court (ICC) may have opened the way for one of DRC&39;s most controversial figures to weigh in on high-risk presidential elections, now just months away.

Bemba, 55, has been provisionally released after the ICC ruled he had had only limited control of his militia, blamed for atrocities in the Central African Republic (CAR) more than 15 years ago.

The ruling - on appeal - came some six weeks before a deadline for entering candidates for the December 23 elections.

President Joseph Kabila, who has ruled since 2001, should have stepped down at the end of 2016 at the end of his two-term constitutional limit.

But his final mandate was extended by a year at the cost of mass protests and bloody repression - and elections to replace him were then postponed until the end of 2018.

He has kept everyone guessing whether he intends to run again, although Prime Minister Bruno Tshibala, drawn from the ranks of the opposition, recently said in Montreal that he would not stand again.

Bemba - once a bitter rival of Kabila and whose militia clashed with government forces - now has the possibility of leaping back onto the political stage, say analysts.

After his provisional release, Bemba arrived in Belgium, the court said Friday, where his wife and children are believed to be living.

Bemba&39;s big political opportunity lies in an opposition desperately looking for a single champion to back in December.

Bemba, despite the atrocities committed by his militiamen in the CAR in 2002-3, is nationally known and can count on the votes of millions in his native Equateur and Bas-Congo regions.

"Knowing his ego, he will never want to be lined up behind another candidate. Jean-Pierre will want to be the king," said a veteran of Bemba&39;s Congolese Liberation Movement (MLC), which long ago took the path from rebel group to political party.

The MLC holds its annual congress in July.

"Our president will be there," MLC Secretary-general Eve Bazaiba vowed well before Bemba was provisionally freed on Tuesday.

Asked about his political goals, she replied details could wait until "July 12 and 13, after the MLC congress".

Other opposition figures are discreetly adjusting their stance in the light of the new political equation.

Moise Katumbi, the exiled former governor of Katanga province, on Saturday used Skype on a giant screen for supporters in Kinshasa to propose advancing "together with Jean-Pierre Bemba".

For Felix Tshisekedi, the leader and candidate of the historic opposition Union for Democracy and Social Progress (UDPS) founded by his late father Etienne, Bemba&39;s return would be "a considerable reinforcement".

"We count on forming a solid bloc with Jean-Pierre Bemba and Felix Tshisekedi to free our brothers in the east," announced former prime minister Adolphe Muzito, a self-proclaimed follower of independence hero Patrice Lumumba.

But the idea of Bemba playing the lead role is not to everyone&39;s taste.

"In 2006, we voted for Bemba by default because the UDPS did not take part in the elections. Either Bemba gets behind our candidate Felix Tshisekedi, or else he will be playing Kabila&39;s game," warned Mfumu Sabata, a rapper with a strong following among youth.

The tall, stocky scion of a wealthy businessman, Bemba went up against Kabila at the polls in 2006.

After he disputed the result, heavy fighting broke out in Kinshasa between the Congolese army and his militia, claiming about 100 lives.

In 2007, the authorities issued a warrant against Bemba for the violence and for alleged arson against the Supreme Court.

Bemba was flown to Portugal for medical treatment, having to leave the capital under escort by armoured vehicles of the UN mission in the DRC (MONUSCO). In 2008, he was arrested in Belgium and handed to the ICC to face trial over the war crimes in CAR.

Despite this turbulent legacy, the pro-Kabila majority opted for a tone of compromise when Bemba&39;s acquittal was announced last week.

"This release is cause for national pride. Jean-Pierre Bemba must be welcomed into the country," said Joseph Kokonyangi, minister of urban affairs and deputy secretary of the Presidential Majority alliance.

"We never broke off dialogue with the MLC," a close aide to Kabila told AFP, saying he would not rule out "direct talks (to) govern together one day".

The mood was also cooperative at MLC headquarters.

"Everyone wants him," said a Western diplomat well acquainted with the DRC.

"He will have to keep a low profile and be conciliatory with President Kabila to avert a resumption of legal proceedings. At the same time, he needs to go easy on his friends in the opposition if he really wants to win."