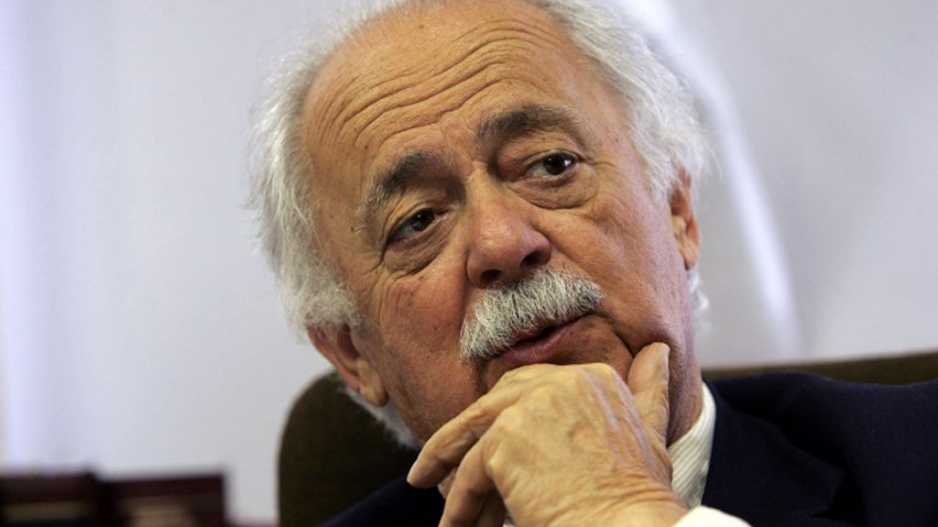 File: South African lawyer George Bizos speaks during an interview in Johannesburg 17 May 2005.

HARARE – South Africa’s veteran human rights lawyer George Bizos is worried about the possibility of civil war in Zimbabwe. He has just visited the country for the first time in 12 years.

Bizos said in an interview on Sunday that he was in Harare at the invitation of Zimbabwe Lawyers for Human Rights, along with other legal practitioners from the region. They went to the magistrate’s court on Saturday when Douglas Mahiya, a veteran of Zimbabwe’s liberation war, was charged with insulting President Robert Mugabe.

Mahiya was not given the opportunity to apply for bail and will return to court for this on Monday. While Zimbabwe lawyers said they were “shocked” that he was not released on bail, Bizos said: “I don’t want to criticise the magistrate. He has a discretion, and it is not unusual for that sort of thing to happen.”

Mahiya was arrested last week in connection with an unsigned statement issued by the National Liberation War Veterans’ Association (NLWVA) criticising Mugabe’s leadership and calling on him to quit office.

Last week, Mugabe, in a furious reaction, told a meeting at the Zanu PF headquarters that the war veterans who wrote the statement would be found. Mahiya was arrested and detained in cells in a notorious police station previously declared unfit for human habitation.

”The things we heard from our colleagues in Zimbabwe are of great concern,” Bizos said. “There is no unity of purpose. They say the government isn’t really functioning. Some say they fear civil war may take place.” Bizos said he hoped there would be no civil war.

He said many legal practitioners he met said they were worried about their professional futures and their country. “They were quite pessimistic. There were rumours that police would prevent people entering the court, but that didn’t happen. There were policemen there and they behaved well.

“But the roads are full of holes. And the courtroom, it is not in good shape, tiles have been removed. It doesn’t look good. The poverty now is plain to see. The removal of rubbish is hardly taking place, and this is sad, for the people of Zimbabwe,” Bizos said.

Zimbabwe’s war veterans, for a long time Mugabe’s most loyal supporters, are now turning against him. They say they are under threat. They are seen as allies of Vice President Emmerson Mnangagwa in the succession battle inside Zanu PF.

But Mnangagwa issued a statement late on Saturday saying he remained loyal to Mugabe and any disputes within Zanu PF should be dealt with by the party.

War veterans played a key role in evicting white farmers, sometimes violently, from their land from 2000 onwards. Some of them also say they played a role in the violence against Morgan Tsvangirai’s Movement for Democratic Change (MDC) opposition party after it seriously challenged Zanu PF at the polls.

Hundreds of MDC supporters and others were killed and many more arrested and chased from their homes, particularly ahead of elections since 2000.

The last time Bizos was in Zimbabwe he successfully defended Tsvangirai, Welshman Ncube, and the late Renson Gasela, on treason charges.

The three were charged weeks before Tsvangirai was nominated, for the first time, to stand for election against Mugabe, becoming the first serious opposition challenger to Mugabe since independence in 1980 .

“I was recognised by many of the lawyers I met in Harare, because I spent 10 months there and I got to know them then,” he said on Sunday.