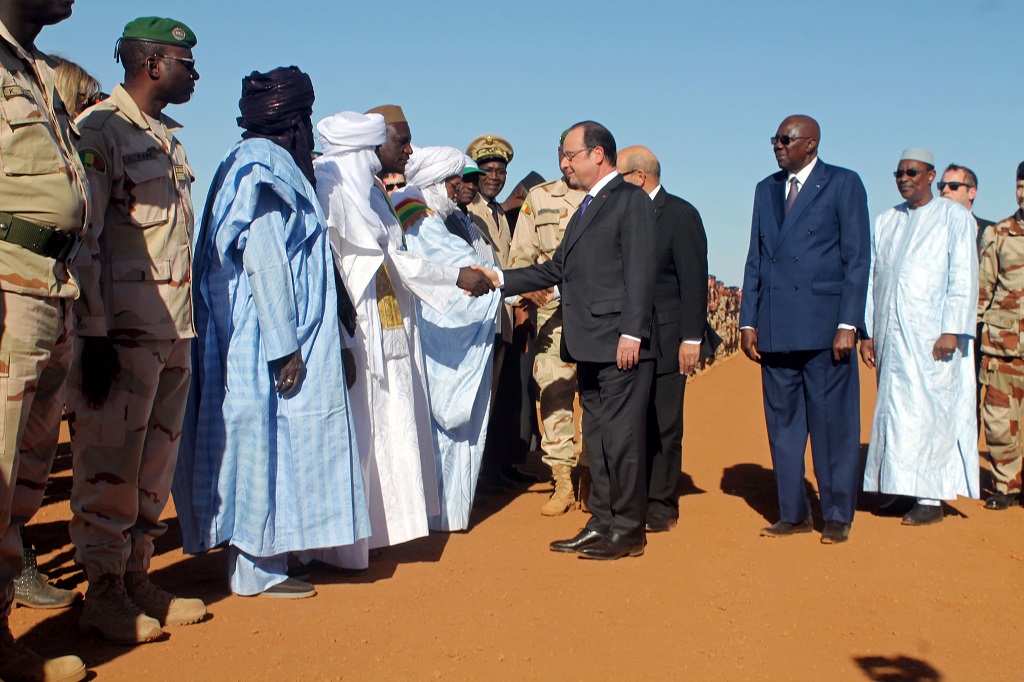 French President Francois Hollande is greeted by local authorities as he arrives in Gao, Mali January 13, 2017. A bomb attack on an army base in Gao on 18 January, days after Hollande's visit, has been described as major and highly symbolic by France.

GAO, Mali - At least 33 people were killed and others injured when a vehicle packed with explosives detonated on Wednesday at a military camp in Mali's northern city of Gao, according to a provisional death toll announced by the army.

A Reuters reporter who arrived at the camp soon after the blast, which occurred at around 9am (0900 GMT), said he saw dozens of bodies lying on the ground alongside those wounded in the explosion.

Ambulances rushed to the scene as helicopters circled overhead.

The camp housed government soldiers as well as members of various rival armed groups, who together conduct mixed patrols in line with a UN-brokered peace accord aimed at quelling violence in Mali's restive desert north.

A French-led military intervention in 2013 drove back Islamist militants, including al Qaeda-linked groups, who had seized northern Mali a year earlier. However, Islamist militants still operate there, and insecurity is aggravated by tensions between local rebel groups and pro-government militias.