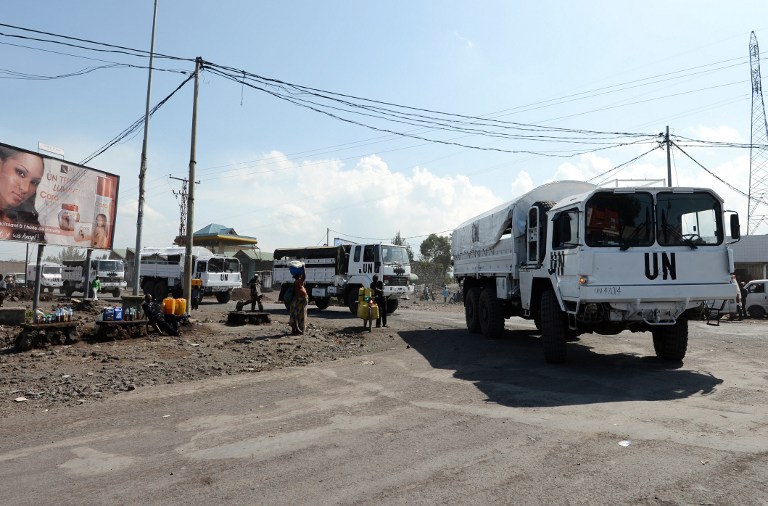 FILE image (May 29, 2013) of United Nations peacekeepers from Tanzania driving a convoy through the streets of Goma in the Democratic Republic of Congo.

NAIROBI - The bodies of 15 Tanzanian UN peacekeepers killed in the Democratic Republic of Congo will be repatriated in the coming days, the Tanzanian army said on Sunday.

The soldiers were all members of the Tanzania People&39;s Defence Forces participating in a UN peacekeeping operation in the conflict-torn eastern region of the country.

Their base in North Kivu province came under attack by suspected Ugandan rebels on Thursday.

"We are working with the United Nations on this. The bodies will be repatriated between Tuesday December 12 and Wednesday December 13," Lieutenant General James Mwakibolwa, deputy head of the Tanzanian army, told reporters.

The UN has put the death toll from the attack at 15, with 53 wounded.

Mwakibolwa said the soldiers were killed after 13 hours of clashes with fighters of the Allied Democratic Forces who attacked their positions.

The ADF is a shadowy rebel group dominated by hardline Ugandan Muslims and opposed to Uganda&39;s President Yoweri Museveni, who has been in power for 31 years.

The attack is the worst loss of life to a UN peacekeeping force since 1993 when 24 Pakistani soldiers were killed in Somalia during clashes with a local warlord.

DR Congo&39;s huge eastern region has long been wracked by violence, but fighting between government soldiers and militia groups, as well as inter-ethnic clashes, has increased significantly this year.

UN chief Antonio Guterres led an outpouring of outrage over the deadly ambush, calling it a "heinous" act.