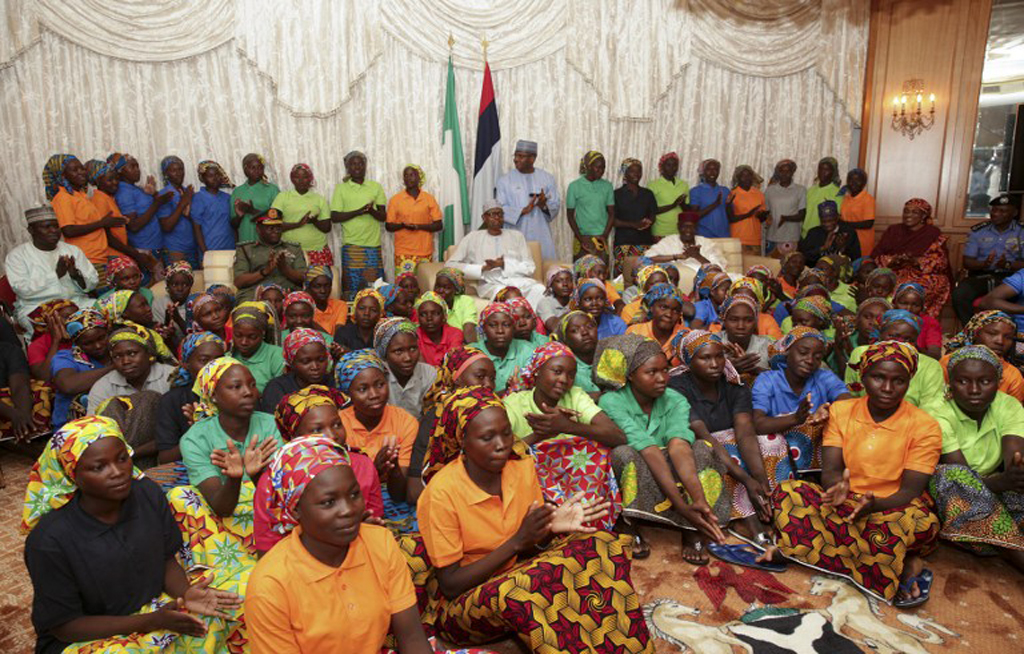 LONDON - The release of a video purporting to show some of the Nigerian Chibok schoolgirls kidnapped by Boko Haram apparently happy with their lives is a propaganda strike to show the Islamist group is unbowed, security experts said on Monday.

The video shows a group of about 12 teenage girls and young women, some of them holding babies.

"We are the Chibok girls. We are the ones you are crying about for us to come back. By the grace of Allah, we are never coming back," said one of the girls in the Hausa language widely spoken in northern Nigeria.

Of some 220 girls abducted from their school in Chibok, northern Nigeria in April 2014, more than 100 have since been released after mediation while a handful of others have escaped.

About 100 of the girls are still thought to be in captivity.

"It&39;s fighting the Nigerian government&39;s narrative regarding the trajectory of the insurgency."

In a New Year&39;s message, Nigerian President Muhammadu Buhari said Boko Haram had been pushed out of its stronghold in the remote northeastern Sambisa forest and was almost defeated.

"By releasing this video showing himself fit and healthy he is again following a pattern of proving the government and the military wrong," Sola Tayo, a fellow at the London-based think tank Chatham House, told the Thomson Reuters Foundation.

Boko Haram has killed more than 20,000 people and forced two million others to flee their homes in an insurgency that began in 2009 aimed at creating an Islamic caliphate.

The 21-minute video, obtained by a US-based journalism website, Sahara Reporters, purports to show the former schoolgirls being well cared for.

Last May, the militant group exchanged 82 of the girls after mediation, involving a payment to the insurgents and the release of some of the group&39;s imprisoned senior members. Prior to that, 24 had been released or found in 2016.

The mass abduction of the Chibok girls spawned a celebrity-backed "Bring Back Our Girls" campaign, but aid groups say the militants have kidnapped thousands of adults and children, many of whose cases are neglected.

"If they are being treated very well because there is such a high prize on their head, you can to a degree understand somebody&39;s reluctance to leave," said Tayo.