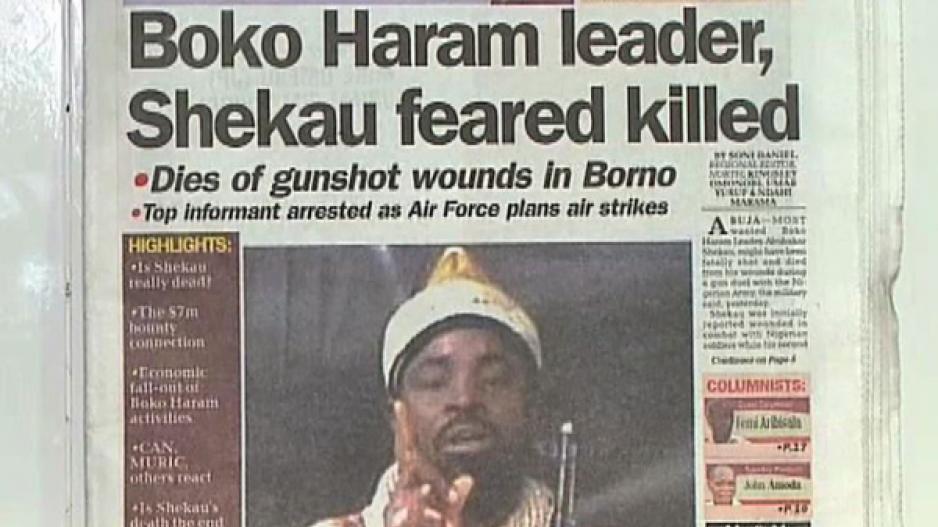 KANO - A man claiming to be the leader of Nigerian Islamist extremist group Boko Haram appeared in a video Wednesday taunting world leaders after the military said he may have been killed.

A security task force in Nigeria said last month that Boko Haram leader Abubakar Shekau "may have died" from a gunshot wound after a clash with soldiers on June 30.

In a video seen by AFP on Wednesday, a man resembling past images of Shekau declares himself to be the extremist leader on whom the United States has placed a $7 million bounty.

In the video he taunts world leaders, saying they will be disappointed that he is still alive.

It was not clear when or where the video was recorded, but Shekau, speaking in the Hausa language, references recent attacks in northeastern Nigeria, denounces democracy and pledges to keep fighting.

Nigeria&39;s military has not yet responded to the new video, but last month, national defence spokesman Chris Olukolade distanced himself from the claim that Shekau may have been killed.

Olukolade told AFP shortly after the taskforce made its statement that the military had "yet to get confirmation on that", while local media reported unease within the military over the claim that Shekau, declared a "global terrorist" by the United States, may have been killed.

The video, distributed through an intermediary to local reporters, shows the man believed to be Shekau surrounded by a group of fighters dressed in camouflage who are also holding AK-47s.

It comes after an outburst of violence in northeastern Nigeria in recent days, leaving scores of people dead and casting doubt over the effectiveness of a military assault seeking to end Boko Haram&39;s four-year insurgency.

The insurgents say they are fighting to create an Islamic state in Nigeria&39;s mainly Muslim north, but their aims have repeatedly shifted and much of their recent violence has targeted civilians.

Recent attacks are believed to be mainly in revenge over the formation of citizen vigilante groups that have been assisting the military.

In mid-May, Nigeria declared a state of emergency across the northeast, Boko Haram&39;s stronghold, and launched an offensive aimed at crushing the group&39;s four-year insurgency.

While the military has claimed major successes in the campaign, the attacks may have simply shifted from cities to more remote areas.

The phone network in the northeast has been switched off since the emergency measures were imposed, a move the military said was aimed at blocking the Islamists from coordinating attacks.

Some have suggested that the lack of phone service has prevented civilians from sounding the alarm during attacks. It has also made it difficult to verify information from the region.

The insurgency was estimated earlier this year to have killed at least 3,600 people since 2009, including deaths caused by the security services, but the current toll is likely much higher.