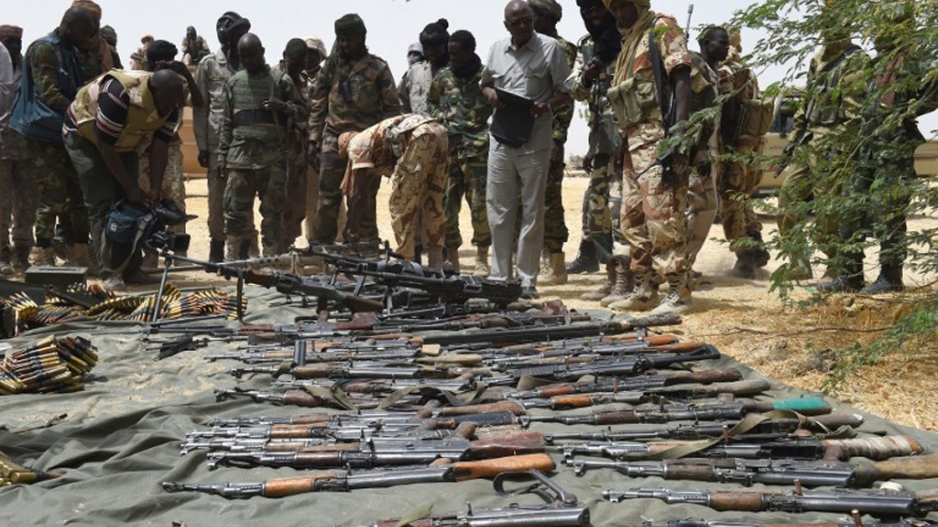 Both attacks came as the government, which says the jihadists are on the verge of defeat, urges those displaced by the conflict to return to their homes across the war-torn region.

Troops from 242 battalion Nigerian Army stationed at Gajiram, some 80 kilometres north of the Borno state capital, Maiduguri, came under attack on Monday afternoon.

The Borno state police initially said its officers and soldiers "engaged the terrorists and promptly repelled the attack". "There was no casualty on the side of the police," it added.

But military communications seen by AFP said nine soldiers were classed as "KIA" -- killed in action -- while two others were "WIA" -- wounded in action.

Locals said they had seen between 10 and 12 Boko Haram fighters being loaded into vehicles but it was not clear how many were dead or injured, it added.

There was no immediate official response from army spokesman Brigadier General Texas Chukwu.

Gajiram has been attacked before during the Islamist insurgency, which has left at least 20,000 people dead and displaced more than two million since it began in 2009.

In February last year, seven soldiers were killed in an attack on military positions. Fighters loyal to the Islamic State group-backed faction headed by Abu Musab Al-Barnawi were blamed.

Barnawi split from the faction following long-time Boko Haram leader Abubakar Shekau in mid-2016 in opposition to his indiscriminate attacks on civilians.

Shekau has in particular, used suicide bombers against civilian "soft" targets such as camps for the displaced, mosques, markets and bus stations.

Barnawi, in contrast, has vowed to hit only "hard" targets such as the military and police.

On Saturday, six young girls strapped with explosives were blamed for blasts that killed 43 in Damboa, some 90 kilometres southwest of Maiduguri.

More than 90,000 internally displaced people live in Damboa, the UN said on Saturday; 18,000 of them live in five camps.

The world body said humanitarian access outside the town remained "limited due to ongoing hostilities and lack of safety assurances".