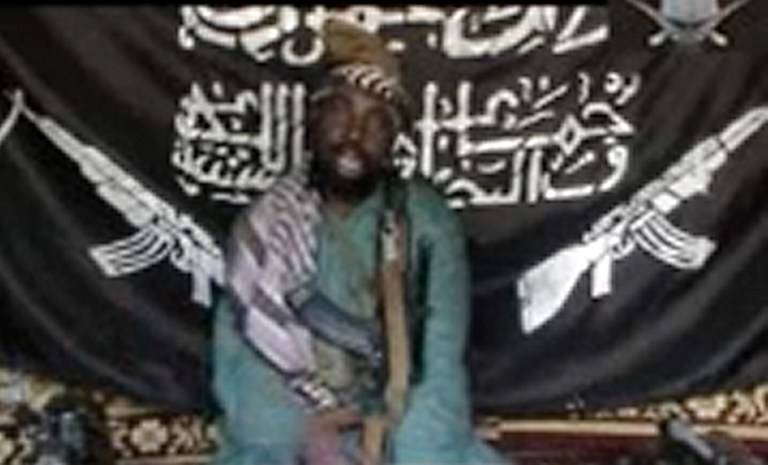 A grab made on November 4, 2013 from a video obtained by AFP shows the leader of the Islamist extremist group Boko Haram Abubakar Shekau speaking on November 3, 2013. The Nigerian government has claimed on Wednesday he was dead.

KANO - Boko Haram leader Abubakar Shekau appeared on video for the first time in more than a year on Thursday, rejecting rumours about his death but appearing to signal that his time as chief of the jihadist group may be coming to an end.

In a message that contained none of the defiant bluster, taunts and denunciation of political leaders of previous videos and will likely be interpreted as an admission of defeat, the dejected-looking Shakau declared: "For me the end has come."

"This is a message of greeting and joy for you to see my face," said Shekau, who in March 2015 pledged allegiance to the Islamic State group in an audio message.

"This is my desire: that whoever sees this will hear nothing but greetings between me and you. Only Allah knows the rest, as you believed (and) as you submitted. For me the end has come.

"This is only the message I want to send to you for you to understand that this is certainly I. This is why I did this.

"May Allah protect us and may we stand firm on the path of Allah. I thank my creator."

Nigeria: BokoHaram&39;s leader Abubakar Shekau appeared in a short video, whose authenticity yet to be established pic.twitter.com/oT4IxL6UGj

Unlike messages from the Nigerian Islamists at the end of 2014 and start of 2015, which were slickly edited and closely resembled those of the Islamic State group, the video was poorly shot.

It was also posted on YouTube rather than via Twitter accounts linked to IS supporters and websites linked to fellow jihadist groups, which had become the group&39;s preferred medium of communication.

The bearded Shekau, who looked thin, delivered a speech to his followers in front of a lime green background, with the Boko Haram black flag superimposed in crude graphics.

There was no indication of when or where the video was shot.

Shekau also referred in the past tense to the Borno state town of Gwoza, which Boko Haram overran in mid-2014 and declared a caliphate.

The town was later retaken in a military counter-offensive that has seen Boko Haram-controlled towns, villages and territory seized back over the last year.

Boko Haram supply lines are said to have been squeezed, preventing them for sourcing fuel for hit-and-run attacks and conventional fighting, although suicide bombings persist.

There have also been reports of fighters surrendering for lack of food. Shekau himself is said to be in hiding in the Sambisa Forest area of Borno state, northeast Nigeria, currently targeted by the military.

Nigeria has claimed Shekau has been killed several times since the start of the deadly insurgency that has claimed at least 17,000 lives since 2009, only for him to reappear in video messages.

The military believes several lookalikes have since stood in for him.