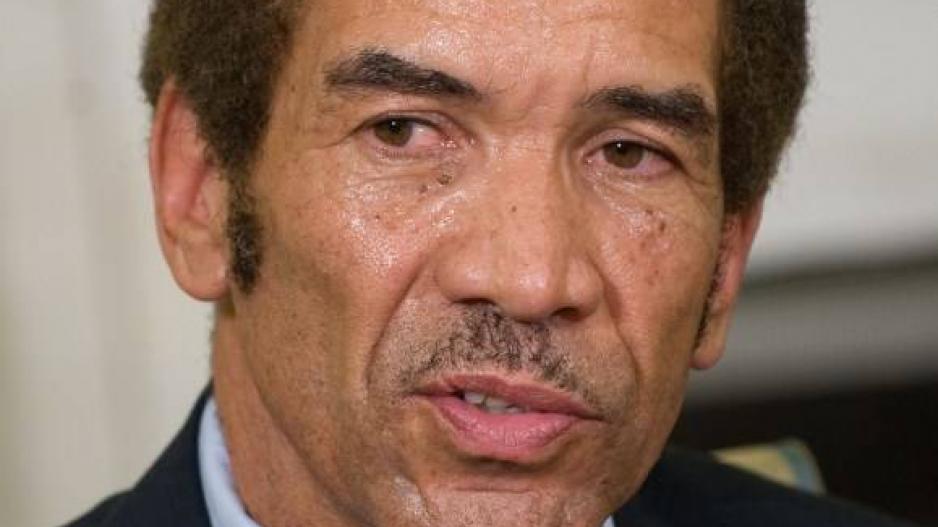 Botswana President, Ian Khamas Democratic Party (BDP), faces its first test with voters after a split in 2010 led to the formation of the Botswana Movement for Democracy (BMD).

JOHANNESBURG – The Government of Botswana made it clear on Friday that sports hunters would not be welcome in its country as it lamented the killing of Zimbabwe’s Cecil the lion by American dentist Walter James Palmer.

Government spokesperson Jeff Ramsay said sports hunting had been banned in Botswana and last year the government had also moved to ensure that Botswana’s lions and other large carnivores were not exported to South Africa or any other country for so-called “canned hunting”.

Ramsay said his government had learnt with deep concern about the killing of the collared and protected lion which it understood had been lured from Zimbabwe’s Hwange National Park.

“We commend the concerned authorities for acting swiftly and arresting the culprits,” Ramsay said in a statement. “We remain hopeful that they will all be prosecuted for carrying out this unjustified act.

“It is our stern belief that safari hunting of threatened species such as lions has the potential to undermine our regional anti-poaching efforts as it encourages illegal trade which in turn promotes poaching.

“To this end, individuals partaking in such sport hunting expeditions will not be welcome in Botswana.”

Ramsay clarified his statement in an interview by saying that sports hunting had been banned.

“Last year we also moved to close any loopholes in the export of our lions etc for canned hunting in your country (South Africa) or elsewhere.”

He referred to a statement of the Botswana Ministry of Environment, Wildlife and Tourism which said: “Botswana is opposed to ‘canned hunting’, the practice in which large carnivores such as lions or other wildlife species are raised in captivity and hunted in small camps with no room for escape or to elude the hunter.

“These animals are often raised in inhumane conditions in close contact with humans. The Government of Botswana is committed to conserving our biodiversity; large carnivores included and does not tolerate cruelty to our wildlife in any form.

“Efforts are underway to strengthen legislation to ensure that this abhorrent and unethical practice does not find its way into Botswana under any guise. Botswana will closely scrutinise all requests to export wildlife to any destination.”

Asked to confirm that all sports hunting was banned in Botswana, Ramsay said: “We are not giving out any licences for sport hunting here. The only avenue for potential abuse would be on game farms, but yes sport hunting is effectively banned.”