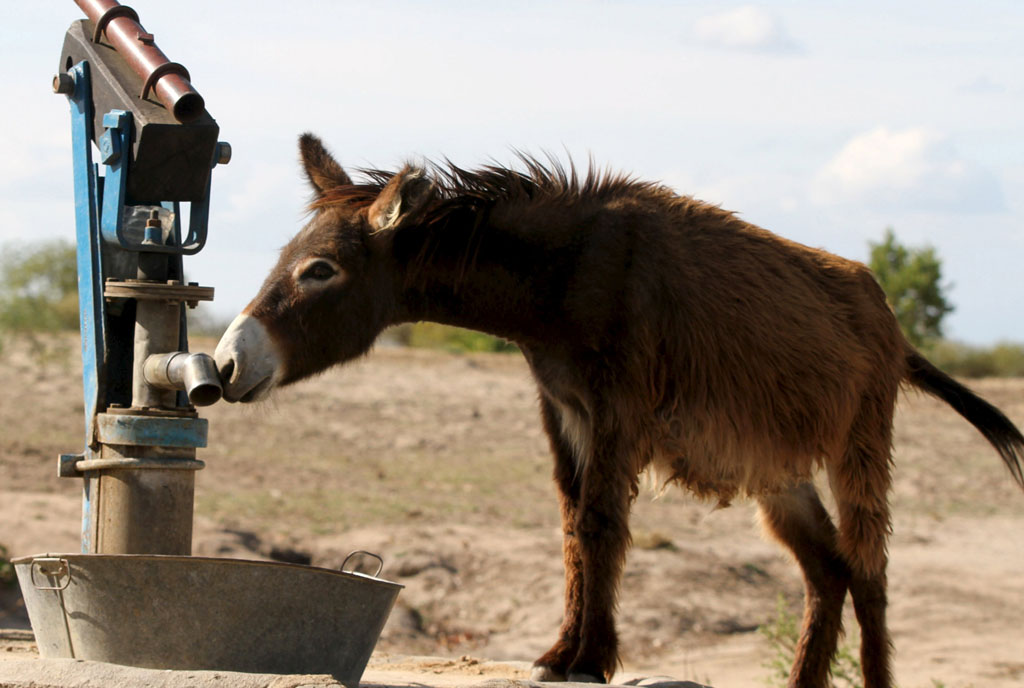 A donkey searches for water at a dry borehole in rural Masvingo, Zimbabwe, in this picture taken 21 January, 2016.

JOHANNESBURG - The Botswana government announced on Tuesday that they have suspended export licenses for donkeys and donkey products such as meat and hides.

Botswana Ministry of Agricultural Development and Food Security spokesperson, Geoffrey Pheko said the government has “noted with concern the indiscriminate and cruel slaughter of donkeys for their hides which are exported to lucrative markets in Asia. In this regard, issuance of all export licenses relating to donkeys and their products for export purposes is suspended indefinitely with immediate effect.”

The National Council of SPCAs (NSPCA) commended the Botswana government for taking the firm stance.

READ: Where have all the donkeys gone? Burkina Faso's export dilemma

The NSPCA has been investigating the slaughter of donkeys for their skins for over a year and has six prosecution cases in this regard.

The slaughter of donkeys for their skins has led to a multitude of welfare and social problems including donkeys being butchered in horrific manners, the theft of donkeys, and the devastation this has on the people and communities who rely on them.

These problems are not restricted to South Africa but are also affecting neighbouring countries such as Lesotho, Botswana and Namibia.

In March 2017 a delegation from the Donkey Sanctuary UK and the NSPCA met with representatives from the Botswana Ministry of Agricultural Development and Food Security to discuss the concerns with the Donkey Skin Trade.

The NSPCA congratulated the Botswana government for taking a progressive stance on protecting the welfare of donkeys and their owners.