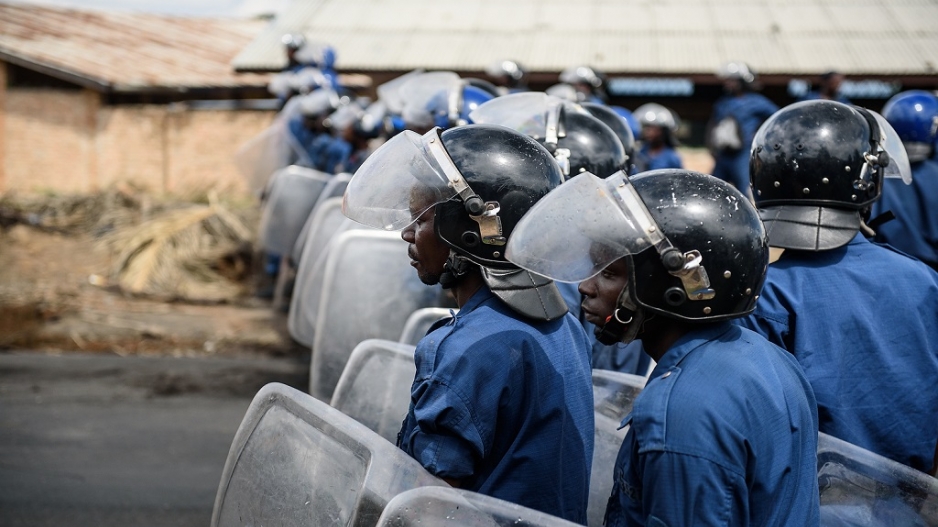 Burundian general Godefroid Niyombare on May 13 announced the overthrow of President Pierre Nkurunziza, hours after President Nkurunziza travelled to Tanzania to meet regional leaders on the political crisis in his country.

NAIROBI – A Burundian activist was sentenced Thursday to 32 years in prison for taking part in protests against President Pierre Nkurunziza, sources said, a punishment rights groups said was "eminently political".

Germain Rukuki was given "32 years of penal servitude" at Bujumbura&39;s district court, a civil society member who was at the hearing told AFP on condition of anonymity, adding that neither Rukuki, who is in detention, nor his lawyers were present at the hearing.

A judicial source confirmed to AFP Rukuki was convicted for "having participated in an insurrectional movement in order to change the constitutional regime, to have participated in the assassination of police and soldiers from May 13, 2015 and to have defaced both public and private property".

READ: Burundi sets May 17 for vote on contested reforms

Burundian authorities use the term &39;insurrectional movement&39; to describe the unrest against the controversial decision of President Pierre Nkurunziza to run for a third term in 2015, which he won in July that year.

Hundreds of Burundians have since been convicted on the charge.

The announcement of Nkurunziza&39;s candidacy in April 2015 plunged Burundi into a political crisis that has left at least 1,200 people dead and more than 400,000 displaced, and on which the International Criminal Court has opened an investigation.

Prosecutors on 6 April called for Rukuki to be given a life sentence, while his defence lawyers pleaded for his acquittal.

Rukuki was arrested on 13 July 2017 by the feared National Intelligence Service (SNR) and held in isolation in Bujumbura for over a month before being transferred to Ngozi Prison in the north of the country, where he has been detained ever since.

Justine Duby from the International Federation of Human Rights (FIDH) said: "The conviction of Germain Rukuki for 32 years in prison is one of the heaviest sentences ever pronounced in Burundi against a human rights defender and this decision, which falls three years to the day after the outbreak of the Burundian crisis, is eminently political.

"It is a message from the authorities to all those who dare to oppose the regime and denounce the crimes it commits, one month before a highly disputed constitutional referendum."

The referendum, scheduled for May 17, would allow 54-year-old Nkurunziza, president since 2005, to stay in power until 2034.