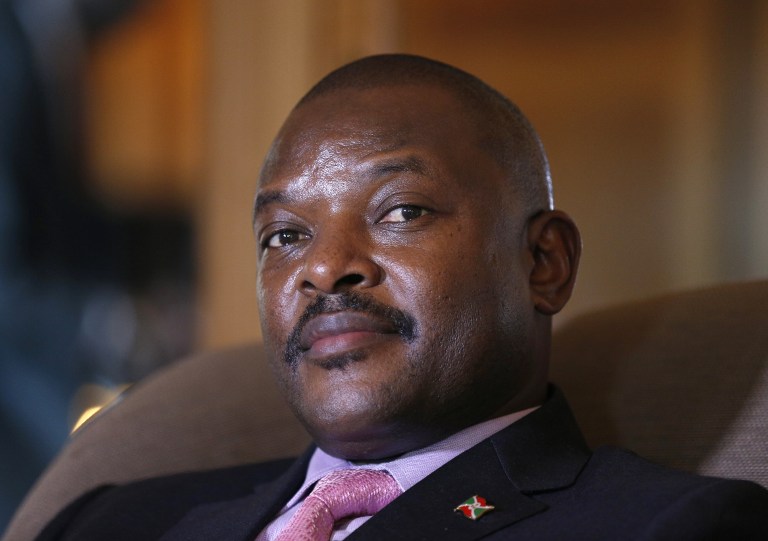 Burundi's President Pierre Nkurunziza smiled and appeared relaxed as he greeted the press at the presidential palace in Bujumbura.

DAR ES SALAAM- Tanzania opened peace talks on Saturday in a bid to end a political crisis in Burundi, but some opponents said the absence of several leading opposition groups made it more like a "monologue" by the government, undermining the process.

Burundi has been mired in a year-long crisis that has killed more than 450 people since President Pierre Nkurunziza pursued and won a third term. Opponents said his move violated the constitution and a peace deal that ended a civil war in 2005.

Dialogue in Bujumbura last year between the government and opponents failed to bridge differences, and talks mediated by Uganda earlier this year also swiftly stalled.

The Tanzanian city of Arusha was also the location for negotiations that led to the deal to end the ethnically charged 1993 to 2005 civil war.

READ: Ten reasons you should be concerned about Burundi

Renewed violence in Burundi has alarmed a region where memories of the Rwanda&39;s 1994 genocide remain raw. Like Rwanda, Burundi has an ethnic Hutu majority and a Tutsi minority.

Till now, the violence in Burundi has largely followed political rather than ethnic loyalties. But diplomats fear ethnic wounds could reopen the longer violence continues.

Senior government officials are attending the talks. But opponents said some major opposition groups were excluded, including CNARED, an umbrella group that includes politicians in exile opposed to the third term.

The government has said CNARED is not a registered party.

"For us, there is no dialogue, it is rather a monologue, a time wasting because dialogue or talks should be between two parties in conflict," said CNARED spokesman Pancrace Cimpaye in a statement.

Charles Nditije, president of UPRONA, another opposition party which does not have official status, told Reuters that CNARED&39;s absence undermined the value of the talks.

He also said a grouping of civil society organisations opposed to the third term and other parties were also left out.

The talks were attended by some Western donors and a UN representative. The Tanzanian mediators did not immediately provide a list of opposition groups attending.