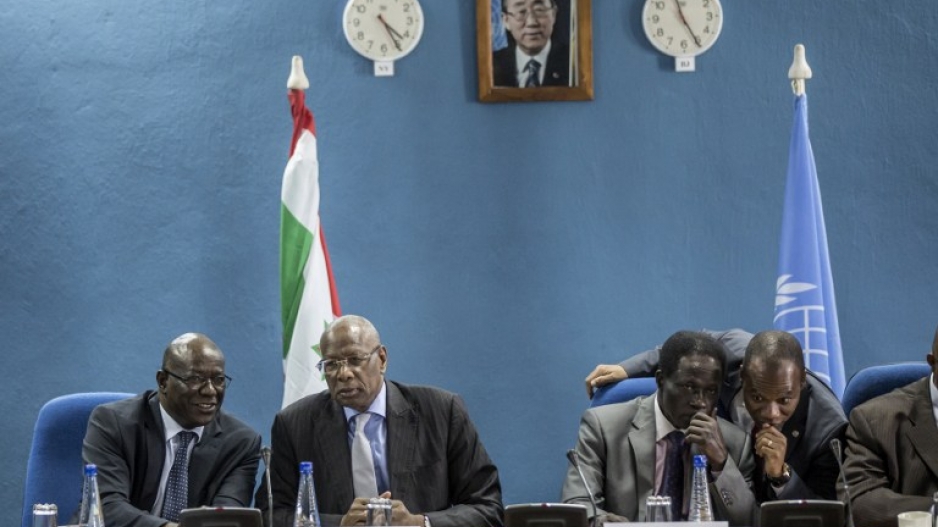 BUJUMBURA - Burundi&39;s ruling party and its allies on Sunday told a United Nations mediator to step down, just two weeks after he was sent to help resolve the central African nation&39;s political crisis.

Senegal&39;s Abdoulaye Bathily was told to "resign from his post because he seriously lacked respect for the country&39;s sovereignty," a spokesman for the ruling CNDD-FDD party, Gelase-Daniel Ndabirabe, told AFP.

Bathily was sent to Burundi last month to replace UN mediator Said Djinnit, an Algerian diplomat, who quit after being branded as too pro-government by civil society activists.

According to Ndabirabe, the new envoy angered the government side by allegedly having failed to present himself to the authorities, including President Pierre Nkurunziza, and to have instead focused on meeting diplomats and the opposition.

Another party allied to the CNDD-FDD also complained of what it said was an "international conspiracy" in support of the opposition and civil society groups, who have been behind weeks of deadly protests in the country.

The crisis in Burundi surrounds President Nkurunziza&39;s bid to stand for a third consecutive five-year term in office, a move branded by opponents as unconstitutional and a violation of a peace deal that brought an end to years of civil war.

More than 70 people have been killed in more than two months of protests and a failed coup attempt, with almost 144,000 refugees fleeing into neighbouring nations.

There are fears the current crisis could plunge the impoverished, landlocked country back into civil war.

Parliamentary and local elections were held on Monday despite an appeal by UN Secretary General Ban Ki-moon to postpone the polls after months of turmoil.

The UN electoral observer mission said the elections took place "in a tense political crisis, and a climate of widespread fear and intimidation", which also angered the government.

The results of the parliamentary polls have yet to be released, but former colonial power Belgium has said it will not recognise the outcome and the United States has also ratcheted up pressure, calling for presidential elections on July 15 to be delayed.

Members of the East African Community -- which groups Burundi, Kenya, Rwanda, Tanzania and Uganda -- are to discuss the crisis in Tanzania&39;s economic capital Dar es Salaam on Monday, where two regional summits on the crisis have already been held.

During the first summit in May 13, a general staged a failed bid to unseat Nkurunziza while the president himself attended the talks.

Nkurunziza did not attend a second summit on May 31, and is not expected to attend Monday&39;s planned meeting.