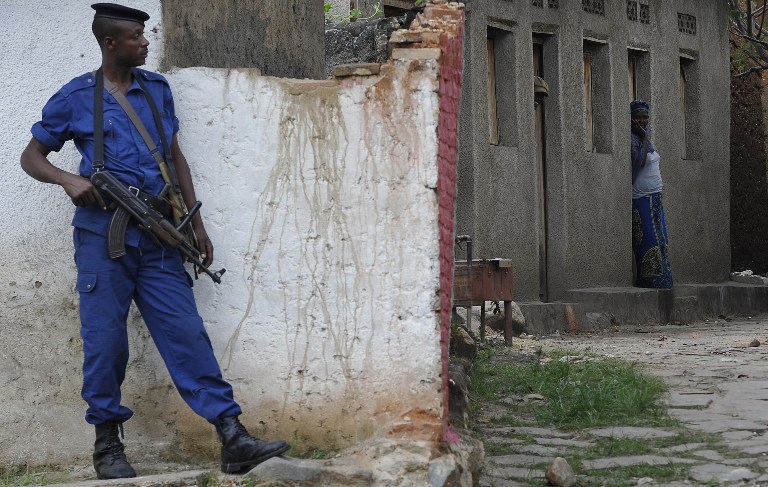 File: At least five people were killed and seven wounded when gunmen opened fire on a market in Burundi.

NAIROBI – The lower house of Burundi&39;s parliament has voted to allow security forces in the politically tense nation to conduct night raids without a search warrant.

The draft law changing the criminal code was passed late Wednesday in the lower house, with 90 votes in favour and 22 against after eight hours of debate, parliament announced on Twitter.

The bill must now go before the Senate before being passed into law by President Pierre Nkurunziza "as fast as possible" a senior member of the ruling CNDD-FDD party told AFP, asking not to be named.

The measure comes in a climate of tension, arrests and sporadic violence which has mounted since Nkurunziza in 2015 stood for a third term in office in a hotly disputed election. He has ruled Burundi since 2005 after a devastating civil war.

"In light of the evolution of criminality in Burundi these past few years, it was necessary to introduce new rules exempt from common law in criminal proceedings," Justice Minister Aime-Laurentine Kanyana told MPs while presenting the bill.

READ: One killed, 9 hurt by grenade in Burundi capital

The new measures will apply in cases of "terrorism, trafficking, and illegal possession of weapons or narcotics," Kanyana said.

Security forces would be authorised to carry out "multiple searches targeting entire districts and they would also be allowed to seize computer systems to investigate data.

MPs from the Amizero y&39;Abarundi (Hope of the Burundians) coalition, including politicians close to historic rebel leader Agathon Rwasa, voted against a bill that was "contrary to the constitution" the spokesman for the parliamentary group, Pierre-Celestin Ndikumana, told AFP.

"The ruling party has just buried democracy in Burundi," he charged.

Justine Duby, a Burundi specialist for the International Federation for Human Rights (FIDH), said the draft law was "clearly a wish to legalise the illegal and arbitrary practices that the forces of law and order have already resorted to for three years in this country".

Independent media, together with local and international NGOs, regularly report incidents where the security forces seal off whole districts and carry out raids and arrests without mandates, Duby said.

The main targets of the crackdown have been parts of the capital Bujumbura reputed to be opposition strongholds.

Human Rights Watch on Tuesday accused the regime of killing, beating and intimidating suspected opponents of a constitutional referendum due on May 17 that could enable Nkurunziza to stay in power until 2034.

"Burundian officials and the Imbonerakure (the ruling party youth wing) are carrying out violence with near-total impunity to allow Nkurunziza to entrench his hold on power," said Ida Sawyer, Central Africa director at HRW.

"There is also a desire to legitimise the repressive methods used to muzzle the opposition and put pressure on the population a month ahead of a strongly contested constitutional referendum," FIDH&39;s Duby said.

The International Criminal Court has started to investigate a political crisis that has left at least 1,200 people dead and forced more than 400,000 others to leave the country.