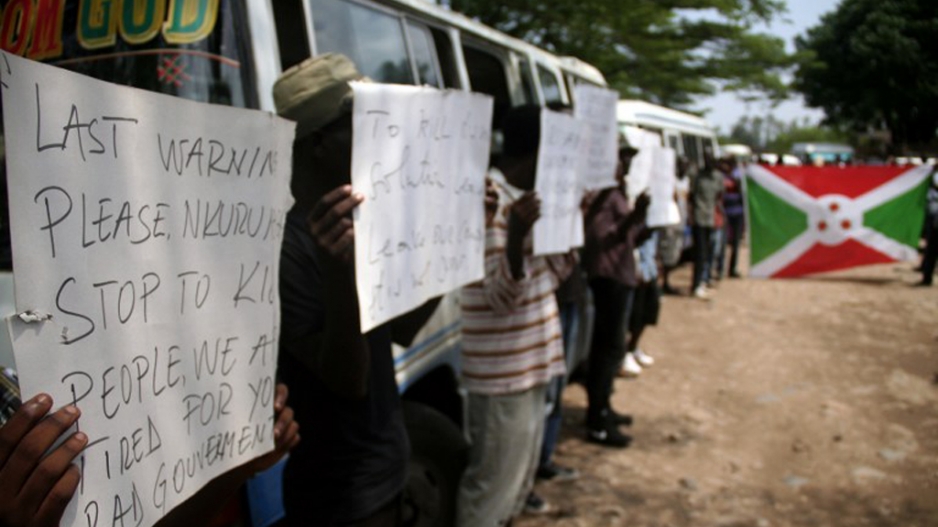 People demonstrate during the funeral of a Burundian journalist and his family and a member of the International Organization for Migration (IOM) humanitarian team in Bujumbura on October 20, 2015, after they were shot dead on October 13.

The turmoil in the East African nation was sparked by a decision by President Pierre Nkurunziza to seek a third term in a disputed July vote.

Terence Ntahiraja, the permanent secretary in the interior ministry, told Reuters on phone that the 10 groups, most of them led by prominent civil rights defenders who fled into exile, were found to have been supporting trouble makers.

"Investigations have revealed their involvement in disturbing security in the country," he said, adding the groups will be given a chance to defend themselves and those found to be innocent will be allowed to restart operations.

The groups include APRODH (Association for the Protection of Human Right and Detained Persons), led by Pierre Claver Mbonimpa, who survived an assassination attempt in August.

The groups, which led the protests against Nkurunziza&39;s bid for a third term of office, had earlier seen their bank accounts, and those of their leaders, frozen by Prosecutor General Valentine Bagorikunda.

The United States will sanction four current and former Burundi government officials, including the minister of public security, over ongoing violence in the country, the White House said on Monday.

Various vigilante units have been formed, and more than 200 people have been killed in violence since April.