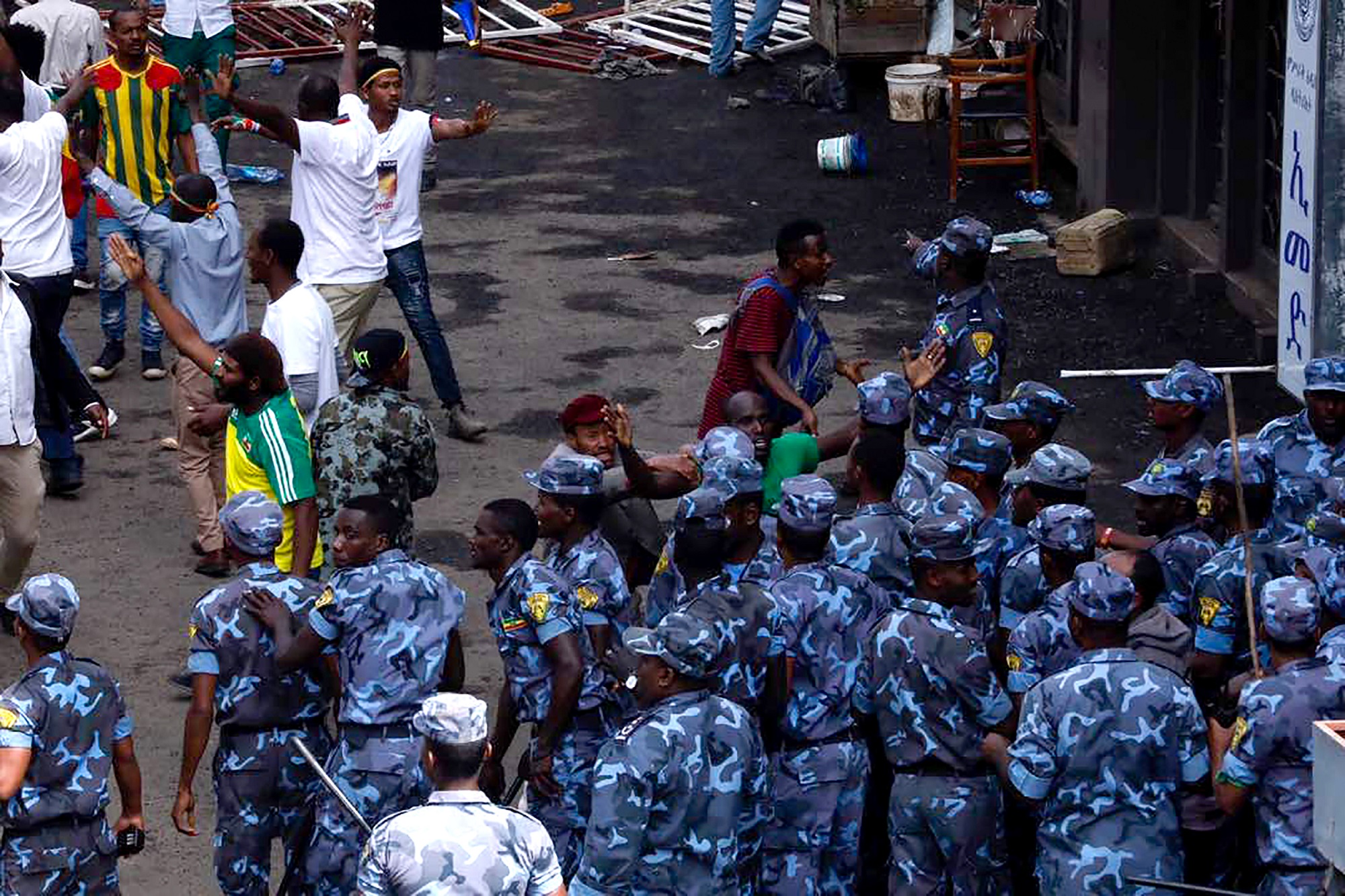 Ethiopian security forces intervene on Meskel Square in Addis Ababa where a blast killed several people during a rally called by the Prime Minister Abiy Ahmed.

• Editor&39;s note: This article has been updated with new information

ADDIS ABABA – Ethiopia&39;s new Prime Minister Abiy Ahmed escaped a grenade attack on Saturday at a rally in the capital although scores of people were wounded, officials and witnesses said.

The attack was launched by an unidentified assailant moments after the 41-year-old prime minister, a former soldier who took office in April, finished his speech to tens of thousands of people gathered in Meskel Square in the centre of Addis Ababa.

A witness saw Abiy whisked away by guards. Another witness told Reuters the assailant who carried the grenade had been wrestled to the ground by police before it exploded.

The prime minister&39;s chief of staff said 83 people were wounded, with six in critical condition. But he said no one was killed, despite earlier statements by the authorities indicating several deaths. A senior police officer said 100 were wounded.

Addressing the nation on television shortly afterwards, Abiy said the attack was an "attempt by forces who do not want to see Ethiopia united."

Abiy had promised in his rally speech to bring more transparency to government and reconciliation to a nation torn by years of protests. When speaking on television, he was still wearing a green T-shirt handed to him by rally organisers.

Eritrea, which has long been at loggerheads with Ethiopia over a border row that Abiy has sought to resolve, condemned the incident. The European Union and the United States condemned the attack.

Abiy took office after his predecessor, Hailemariam Desalegn, resigned following protests that erupted in 2015 in the nation of 100 million people. Emergency law was temporarily imposed to quell the unrest and was lifted this month.

Despite boasting one of Africa&39;s fastest-growing economies, opponents say the benefits have not been shared fairly between ethnic groups and regions in the country, which has been run by the same ruling coalition for more than quarter of a century.

Abiy has travelled around the nation, promising to address grievances and address political and civil rights.

After Saturday&39;s blast, the prime minister&39;s chief of staff wrote on Twitter: "Some whose heart is filled with hate attempted a grenade attack."

"All the casualties are martyrs of love & peace. HE PM sends his condolences to the victims. The perpetrators will be brought to justice," Fitsum Arega wrote.

"It was a grenade. Someone tried to hurl it to the stage where the prime minister was," rally organiser Seyoum Teshome told Reuters, adding he had seen about five people injured by the blast.

As well as promising economic reforms, Abiy stunned Ethiopians this month by saying he was ready to fully implement a peace deal with Eritrea that was signed in 2000 after a two-year war. For years, Ethiopia refused to implement the deal, saying it wanted more talks.

The stalemate led to a military build up and sporadic clashes on the border between Ethiopia and Eritrea, which seceded from Ethiopia in 1991 after a long war of independence.

Under the 2000 peace deal, Ethiopia is required to cede the border town of Badme to Eritrea. But war veterans in Badme and ethnic Tigrayans along the border oppose the peace initiative, with some town residents saying they will not leave the town.

Eritrea&39;s ambassador to Japan, Estifanos Afeworki, wrote on Twitter that his nation "strongly condemns the attempt to incite violence" in Addis Ababa, calling the rally a "demonstration for peace".

Ethiopia&39;s ruling EPRDF is made up of parties representing the country&39;s four major ethnic groups. Abiy hails from the Oromo ethnic group, making up roughly a third of the population.

Oromos, along with the Amhara ethnic group, led street demonstrations against the government since 2015 that began as protests against a development plan around the capital and which opponents said the state was using to grab land. Protests broadened to cover other political and economic demands.

In another of Abiy&39;s major policy shifts, the prime minister has said Ethiopia would open its state-run telecoms monopoly and state-owned Ethiopian Airlines to private domestic and foreign investment, both moves would loosen the state&39;s grip.