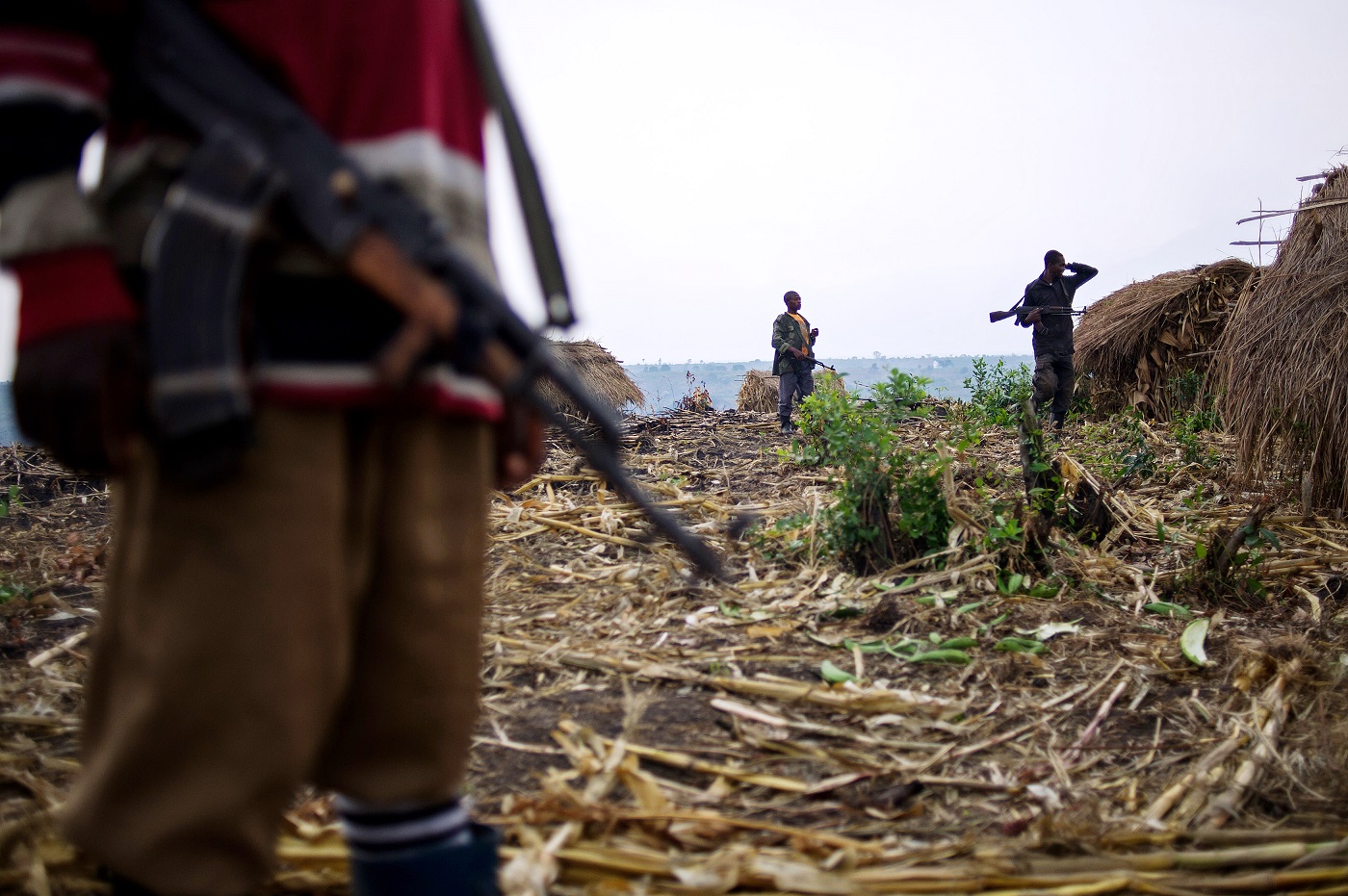 This photo taken on August 3, 2013, shows a Mai Mai Nyatura fighter standing guard with an AK-47 rifle near huts at a hilltop base in Kiseguro, around 90km north of Goma.

"Father Etienne Sengiyumva was killed on Sunday by the Mai Mai Nyatura (militia) in Kyahemba where he had just celebrated a mass including a baptism and a wedding," father Gonzague Nzabanita, head of the Goma diocese where the incident occurred, told AFP.

The Mai Mai Nyatura is an armed group operating in North Kivu, in eastern DRC.

Nzabanita said Sengiyumva (38) had had lunch with local faithful before "we found him shot in the head".

North and South Kivu provinces are in the grip of a wave of violence among militia groups, which often extort money from civilians or fight each other for control of mineral resources.

Eastern DRC has been torn apart by more than 20 years of armed conflict, fuelled by ethnic and land disputes, competition for control of the region&39;s mineral resources, and rivalry between regional powers.