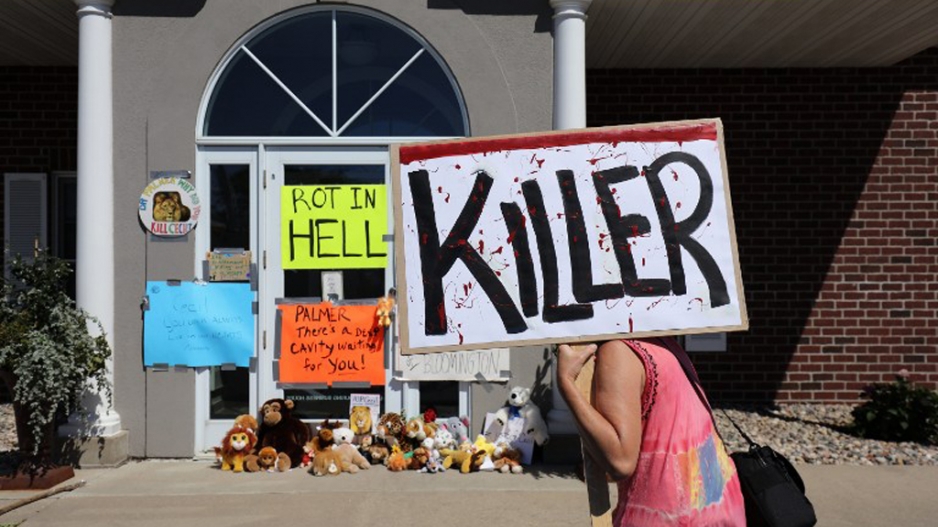 Protesters call attention to the alleged poaching of Cecil the lion, in the parking lot of Dr. Walter Palmer's River Bluff Dental Clinic on July 29, 2015 in Bloomington, Minnesota.

JOHANNESBURG - The US dentist who shot iconic Zimbabwean lion Cecil continues to take a hammering on the Internet.

Walter Palmer has reportedly gone into hiding as an international backlash grows.

WalterPalmer is bearing the brunt of much of humanity&39;s disgust at the way we mistreat the world&39;s other animal species. CecilTheLion

WalterPalmer even if that lion wasn&39;t famous, you&39;d still be heartless and cruel for killing any animal at all.

Send him to Zimbabwe and put him in Jail CecilTheLion https://t.co/EI3x0uh8pp

Protests are being held outside his Minnesota practice.

Celebrities have weighed in.

WalterPalmer is Satan. I don&39;t know how anyone could go to this man for dental services after this. He is a killer. Beware!

I love lions,met this cat many yrs ago. One of the most memorable moments of my life cecil the lion. pic.twitter.com/5dDQTUIuki

Actress Mia Farrow tweeted his address, and now his phone number has been retweeted hundreds of times.