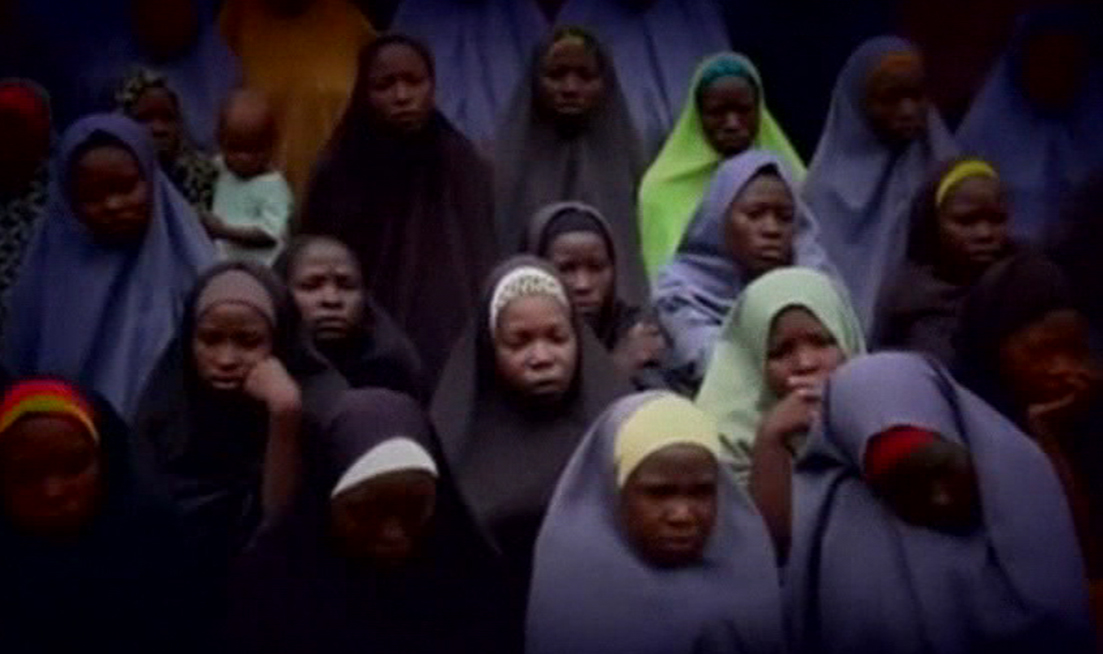 Nigeria, 15 august 2016 - Nigerian militant group Boko Haram has released a video apparently showing dozens of school girls kidnapped two years ago in Chibok. Some parents who have seen the footage say they recognise their children.

ABUJA/DAKAR - The 21 Nigerian schoolgirls freed by Boko Haram militants last week after two-and-a-half years' captivity urgently need support to reintegrate into their communities where they risk abuse and rejection, aid groups and psychologists said on Tuesday.

Around 220 girls were seized from their school in 2014 in Chibok in northeastern Borno state, where Boko Haram has waged a seven-year insurgency aimed at creating an Islamic state, killing thousands and displacing more than 2 million people.

The militants released 21 of the Chibok girls after the Red Cross and the Swiss government brokered a deal, and are willing to negotiate the release of 83 more, President Muhammadu Buhari's spokesman said on Sunday.

Yet the freed girls could face stigma, rejection and further trauma when they return home, according to Patricia Grey, head of women's protection and empowerment for the International Rescue Committee (IRC) in northeast Nigeria.

"Women and girls held by Boko Haram have fear and anxiety about how their families and communities will receive them ... people being scared of you is traumatising in its own right," Grey told the Thomson Reuters Foundation.

"People often call former captives Boko Haram supporters or the enemy, and this could hinder girls getting the help they need as they fear the abuse will be even worse if they do so."

Many Nigerians fear those abducted by Boko Haram have been radicalised and may recruit others once home, and that their children born of rape may have been tainted by the "bad blood" of the militants, according to a report by International Alert and the UN children's agency (UNICEF).

This fear has been fuelled by a surge in the use of children in suicide bombings by Boko Haram in West Africa, leaving those born of rape at even greater risk of being ostracised, said Gianfranco Rotigliano, acting representative for UNICEF Nigeria.

The freed Chibok girls will be assessed by health workers to identify issues such as depression, anxiety and post-traumatic stress disorder, said psychologist Fatima Akilu, who used to run a state deradicalisation programme for Boko Haram members.

"They will be feeling very unstable, very bewildered and overwhelmed," Akilu said. But the girls may face less stigma than others abducted by Boko Haram because of widespread support and the worldwide attention on their plight, she added.

The Islamist militants have kidnapped at least 2,000 girls and women since 2014, turning them into cooks, sex slaves and fighters, according to rights group Amnesty International.

It is unclear what will happen to the freed Chibok girls in the long-term.

Amina Ali, the first of the Chibok girls to be released from Boko Haram captivity in May, has since been held in a house in Abuja for what the state has called a "restoration process". She said in August that she "just wanted to go home".

"As a result, we end up with girls and women that are suffering in silence," said Demm, adding that support must also be provided to the girls' families after years of uncertainty.

"Any attempts to reintegrate these girls into an unstable environment will only create more instability, and exacerbate their trauma," she told the Thomson Reuters Foundation.

A group of UN human rights experts said in a statement that providing support for the girls was not only a moral duty but also a legal obligation under international law.

Boko Haram controlled a swathe of land around the size of Belgium at the start of 2015, but Nigeria's army has recaptured most of the territory. The group still stages suicide bombings in the northeast, as well as in neighbouring Niger and Cameroon.