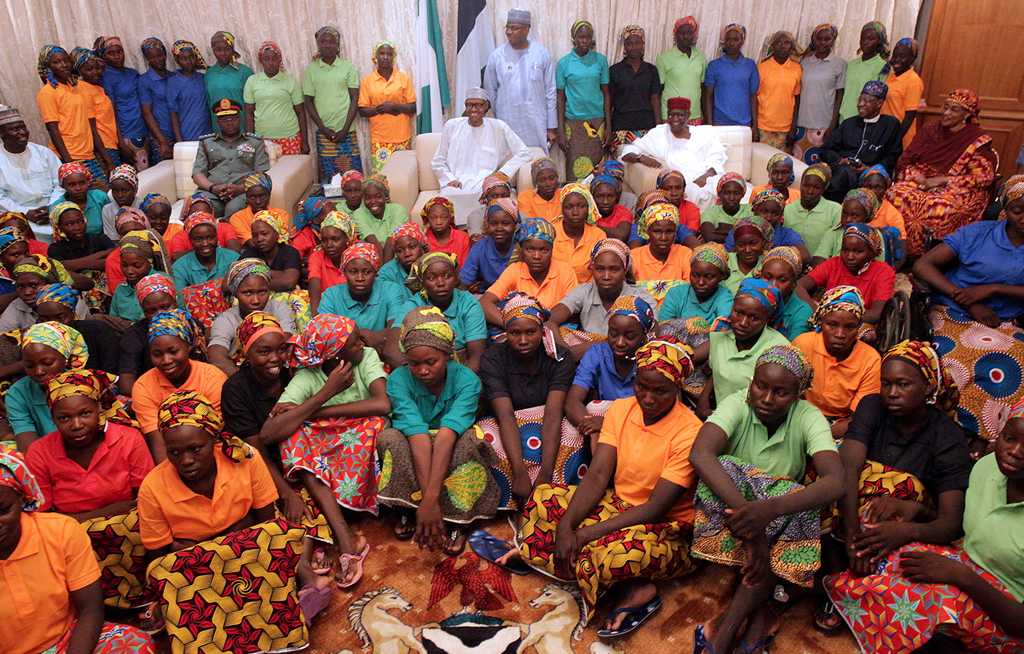 Nigeria's President Muhammadu Buhari smiles as he welcomes a group of Chibok girls, who were held captive for three years by the millitant group Boko Haram, in Abuja, Nigeria, May 7, 2017.

JOHANNESBURG – The 220 Nigerian Chibok girls were kidnapped by accident.

This and other explosive revelations were found in diaries kept by some of the girls during their three years in captivity by Boko Haram's jihadist insurgency.

One of these diaries has been obtained exclusively by the Thomson Reuters Foundation.

In April 2014, the mass abduction of these girls stunned the world.

The campaign effectively helped galvanize the Nigerian government into negotiating for the girls' release.

Three years later, 113 of them are still missing.

Now, diary entries by one of the released girls, tells the story of how insurgents stormed the school.

The men were looking for machinery to build houses.

They found the girls instead.

In one chilling account, a boy had suggested setting all the girls alight.

But another stopped it and decided to take the girls to their leader instead.

The girls say they started documenting their captivity a few months after their abduction, using notebooks given for lessons in the Koran.

But they were careful to make sure their captors didn't find them by burying the notebooks in the ground or carrying them in their underwear.

The journals also contain accounts of regular beatings and pressure to marry and convert.

But their spirits remained upbeat. They had devised funny and mocking nicknames for their captors.

And the diaries testify that they knew they would eventually go home.