Child hunger and death on the rise in Zimbabwe 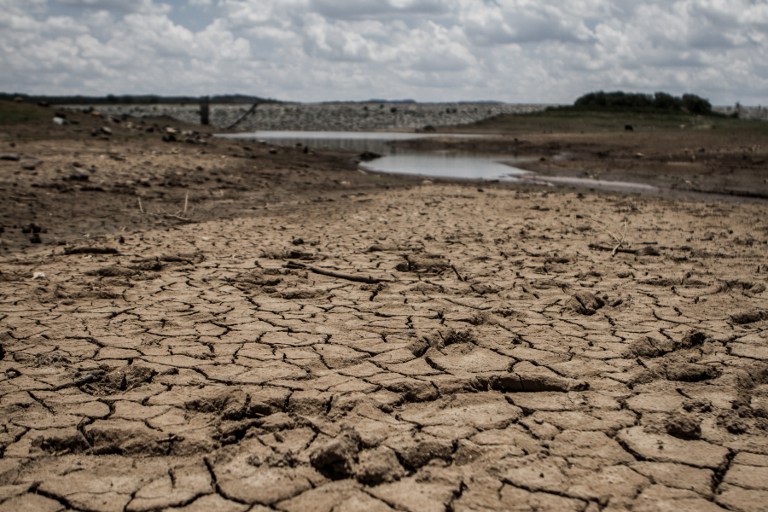 The fast drying catchment area of the Umzingwani dam in Matabeleland, Southwestern Zimbabwe. Many rural areas have been hit by a severe drought, with more than a quarter of the population facing food shortages.

NAIROBI – Child hunger and deaths are rising in Zimbabwe due to the worst drought in two decades, with thousands facing starvation by the end of the year without additional aid, an international charity said on Thursday.

Southern Africa has been hard hit over the past year by drought exacerbated by El Nio, a warming of sea surface temperatures in the Pacific Ocean, which has wilted crops, slowed economic growth and driven food prices higher.

"This is an emergency," Save the Children UK&39;s interim chief executive Tanya Steele said in a statement, after visiting Binga, on Zimbabwe&39;s western border with Zambia.

"Some children are already dying of complications from malnutrition."

Mothers are foraging for wild berries and roots to feed their children, while going without food themselves for up to five days, the charity said.

The number of under-fives who have died of hunger-related causes in Binga town has reached 200 over the last 18 months, triple the usual rate, it said.

More than 60 million people, two thirds of them in east and southern Africa, are facing food shortages because of droughts linked to El Nino, according to the United Nations.

The UN World Food Programme estimates around 4 million people, one in three Zimbabweans, are struggling to meet their basic food needs.

The peak of the emergency is likely to be between October and March, the UN children&39;s fund (UNICEF) said.

Hundreds of young children across the country are being admitted to hospital for malnutrition each month, it said, while child neglect, abuse and child labour are on the rise.

HIV/AIDS is often one of the underlying causes of malnutrition in Zimbabwe, where 15 percent of adults are living with the disease, UN figures show.

The number of children suffering malnutrition is expected to rise sharply in the coming months, Save the Children said.

"Most of the severely malnourished children who receive no help are likely to die," it said.

"Around half of these with moderate acute malnutrition could also perish without some form of intervention."

El Nino ended in May but meteorologists predict a La Nina event, which usually brings floods to southern Africa, is likely to develop in the second half of this year,

Erratic, late rains in Zimbabwe led to a poor harvest in April, with some families suffering their second or third consecutive year of poor production, according to the Famine Early Warning Systems Network (FEWSNET).