Children among at least 30 migrants drowned in Med 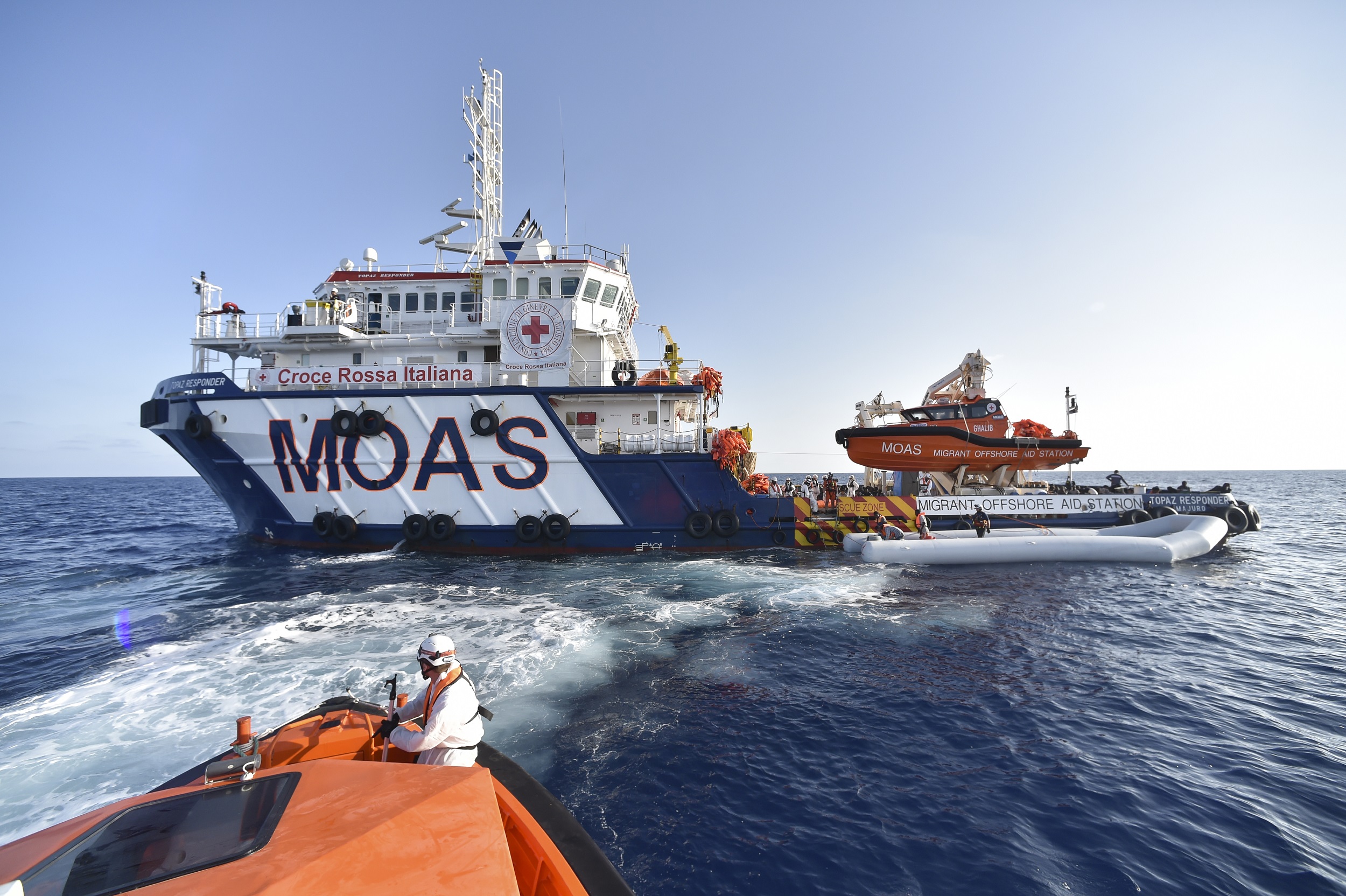 The Topaz Responder ship run by Maltese NGO Moas and the Italian Red Cross takes part in a rescue operation of migrants and refugees off the Libyan coast in the Mediterranean Sea.

ROME -  At least 30 migrants including young children drowned on Wednesday when they fell off an overloaded vessel in the Mediterranean, where tensions are rising between aid ships and the Libyan coast guard.

"There's a critical situation today. About 200 people fell into the water," a coastguard spokesman told AFP, while a humanitarian worker at the scene said 31 bodies had been recovered.

The migrants were on a wooden boat carrying between 500 and 700 people and were just 20 nautical miles off the Libyan coast when the accident happened.

New tragedy btw Libya & Italy today with @moas_eu rescuing 100s of #refugees & #migrants while at least 30, including many kids, have died pic.twitter.com/esu1usFJc4

The crew of the Phoenix aid boat, chartered by the Maltese NGO Moas, had begun the rescue and were distributing life jackets when many of those on deck fell into the water, perhaps knocked off balance by a wave.

"Not a scene from a horror movie ... Real life tragedy unfolding on Europe's doorstep today!," said Chris Catrambone, Moas co-founder, who was aboard the Phoenix and published photos showing white body bags lined up on the deck.

@moas_eu @ItalianNavy Rescuers are frantically trying to break open the locked hold on a wooden boat where hundreds of migrants are trying trapped! pic.twitter.com/hjZ4gyfWnf

With the help of an Italian coast guard ship and several commercial ships, rescuers raced to drag as many people as possible from the water, while a military aircraft dropped life-rafts and a helicopter looked for survivors.

"Current body count at 31," Catrambone said, adding that many who fell overboard had been "small toddlers".

About 15 relief operations in total were under way off Libya on Wednesday, the coast guard said.

On Tuesday, they coordinated the rescue of about 1,500 people, while their Libyan counterparts intercepted 237 others, including 20 women and 15 children, travelling on two wooden boats.

Among the migrants was a group of 12 Libyans -- including five women and three children -- who were trying to flee the conflict-hit country. Libyans have been a rare sight on migrant boats so far.

The German NGO Jugend Rettet said on Tuesday it had had a run-in with armed men on a boat purportedly commandeered by the Libyan coast guard.

The Libyan boat already had passengers on board -- presumably picked up from a dinghy in the area.

READ: Over 200 migrants feared dead in Mediterranean over the weekend

Jugend Rettet published a photograph appearing to show the armed men pointing their weapons directly at the migrants and said "a variety of shots" were fired "and refugees were beaten".

Some 100 people on the Libyan boat panicked when the shots rang out and threw themselves into the water, swimming towards the German boat Iuventa and the SOS Mediterranee boat Aquarius, which was also at the scene.

"We can not say whether and how many dead there were in the shooting. We had to be careful not to get a bullet ourselves," Jugend Rettet said in a statement citing the Iuventa's 25-year old captain Jonas, without giving his surname.

The Libyan coast guard has recently begun carrying out its own operations at sea, towing migrant dinghies headed for Europe back to shore and locking up those recovered in centres which are renowned for human rights abuses.