Children wasting away as hunger hits 200,000 in Madagascar 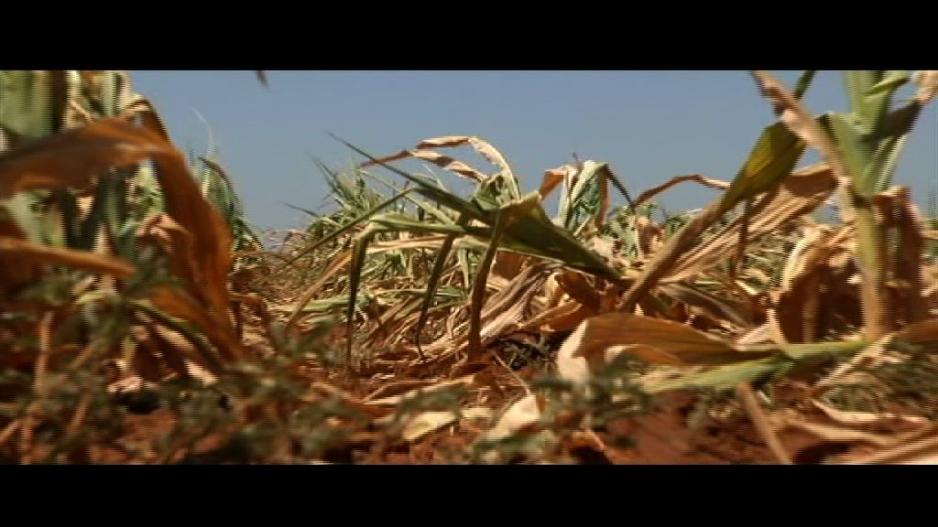 19 February 2015 - South Africa may be forced to import maize this year. Grain SA issued the warning after months of drought that has affected maize farmers the North West and parts of the Free State.

AMBOVOMBE, Madagascar - Clutching a small bag of corn in one hand, six-year-old Haova Toboha scratches the ground with the other in the hope of turning up stray kernels left from a UN food handout.

"I found these and I&39;ll add them to the corn given to my parents" by the UN World Food Programme (WFP), said the little girl with the plastic bag in the village of Berano, southern Madagascar.

In villages across the southern part of the world&39;s fourth biggest island, a months-long drought ravaged last season&39;s crops.

People are famished, children are wasting away.

WFP rations currently are keeping some 120,000 people alive in the wake of the October-through-February drought that destroyed the harvest in a country where one of every two toddlers under three suffer retarded growth due to inadequate diets.

Children wasting away as hunger hits 200,000 in Madagascar http://t.co/LHjNTtAXVW pic.twitter.com/233kjRe8dw

With food increasingly scarce due to the lack of rain, the UN food agency has launched an appeal to donors to help rebuild food stocks.

People are not only being forced "to use their food reserves, they&39;re also using up their own physical reserves," she said.

Unlike 1991, when hundreds of people died of hunger in the region, experts say the situation cannot yet be described as "famine."

"In those days people would leave the village in search of water and die on the way there," said Bertrand Randrianarivo, who was born in the south and has worked in the area with non-governmental organisations since 2001.

"Drought comes every five or six years," he said, saying the largely isolated region needs to build water catchment systems and improve its links with the rest of the island.

Donors were ready to invest in such projects but had been discouraged by the stance of the nation&39;s successive leaders.

While the WFP sees the latest drought as causing acute food insecurity rather than famine, the villagers themselves say they are wasting away.

Raharisoa, a terrifyingly thin woman of 25, sits on the ground. Her two-year-old daughter died of hunger in December.

"We couldn&39;t look after our child," she sighs. "Because of the famine, the adults are weak and cannot take care of the little ones."

"In December, four children died in our village because of the famine," said Masy, a healthcare worker in Berano.

In the neighbouring village of Imongy, the head of the area&39;s Health Centre, Marc Andriakotonindrina, says a dozen children died of hunger in December, according to information collected by local health-workers.

"These children showed no sign of sickness, they simply lost weight bit by bit until their demise," he added.

The drought destroyed all of the crops growing in southern Madagascar and efforts by farmers to replant were to no avail, simply reducing seed stocks and food supplies.

When the rain finally came in February it was far too late.

More than 70 percent of the population lives below the poverty line.

In the last weeks, WFP rations have enabled 120,000 people to get regular meals.

And while Agriculture Minister Roland Ravatomanga has pledged to distribute food aid to drought-struck areas, this would have to come on top of the government&39;s efforts to find help for flood victims.

Torrential rain late last month that caused flooding and mudslides left 22 people dead and drove more than 63,000 from their homes in the capital, Antananarivo.