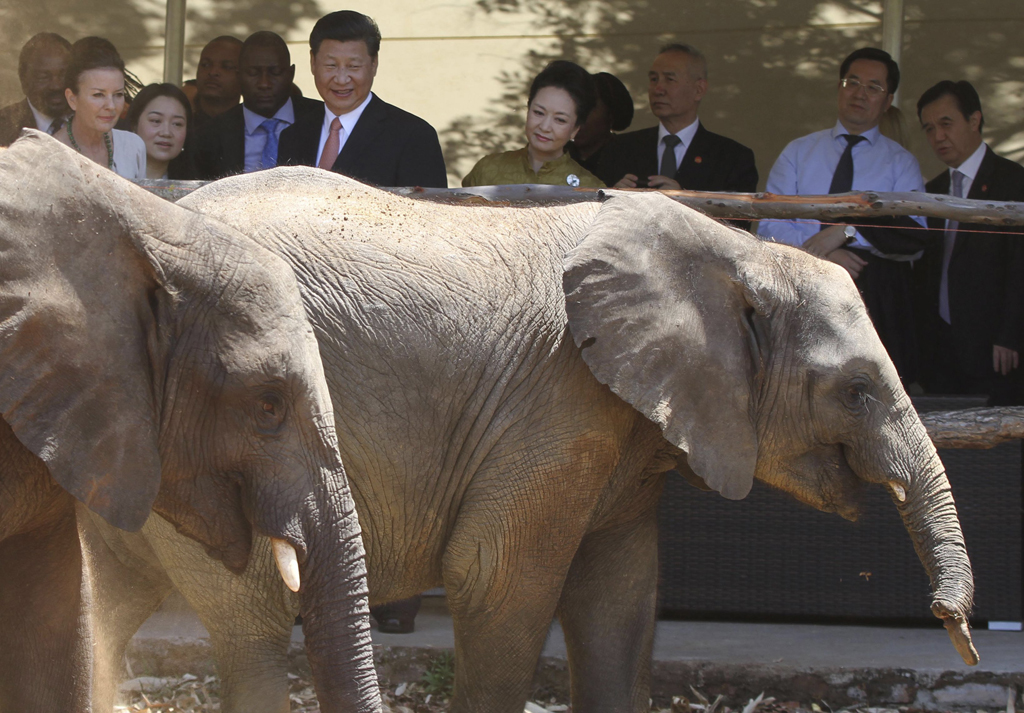 Chinese President Xi Jinping and his wife Peng Liyuan watch elephants during their visit to a private wildlife sanctuary in Harare, 2 December, 2015.

HARARE - On the first visit to Zimbabwe by a Chinese leader since 1996, President Xi Jinping on Tuesday witnessed the signing of 10 economic agreements, including on expanding the southern African nation&39;s largest thermal power plant.

Zimbabwe, which became a pariah in the West after President Robert Mugabe&39;s government was accused of rigging votes and abusing human rights, has increasingly turned to China for investment to help an economy desperate for new infrastructure like roads, power and water.

China&39;s Export and Import Bank signed an agreement to provide more than $1 billion for the 600 megawatt expansion of Hwange thermal power station, which will be undertaken by Chinese firm Sinohydro Corp.

Xi plans to travel to South Africa on Wednesday, where he will meet President Jacob Zuma and later co-chair the Forum on China-Africa Cooperation summit in Johannesburg.

Sinohydro Corp won the $1.5 billion bid to add two generation units at Hwange in western Zimbabwe in October last year, in the most ambitious move yet to tackle the country&39;s crippling electricity shortages.

Xi and Mugabe watched their government ministers sign 10 agreements, including on the Hwange deal and the construction of a new parliament building and a pharmaceutical warehouse.

Officials did not disclose the total value of the agreements.

Xi later told a banquet held in his honour at Zimbabwe&39;s state house that he held comprehensive talks with Mugabe earlier and the two agreed to strengthen economic cooperation.

"I have full confidence in our bilateral relations," Xi said through an interpreter.

Africans broadly see China as a healthy counterbalance to Western influence, though Western governments accuse China of turning a blind eye to conflicts and rights abuses as they pursue trade and aid policies there.

Zimbabwe&39;s economy is struggling to emerge from a recession that lasted from 1999 to 2008 and saw gross domestic product shrink by 45 percent. Mugabe has said the economy is poised for a major take-off with China&39;s help.

Below is an earlier interview we conducted on China-Zimbabwe relations.