Christians in shock after deadly attack on Coptic church 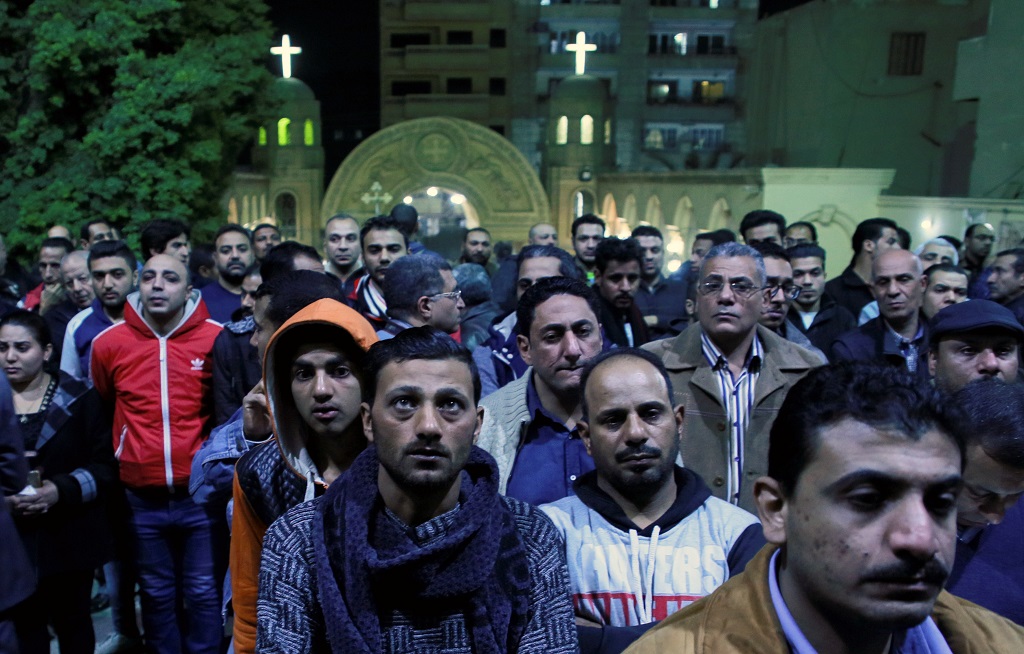 Egyptians gather during the funeral of the victims of the attack on the Saint Mina Coptic church, on December 29, 2017, at a church south of the capital Cairo. A gunman opened fire on a church south of Cairo, killing at least nine people.

CAIRO – At an hour that Sama&39;an Farag usually spends leisurely sipping his morning tea, the doorman at the Mar Mina Coptic Church near Cairo found himself springing up to close the doors upon hearing gunshots and the sound of ricocheting bullets.

Inside, dozens of children at Sunday school, held on Friday morning to coincide with Egypt&39;s weekend, were rushed upstairs out of the range of the gunfire.

"Imagine children from kindergarten to high school, they were all still inside the church. God forbid if he (gunman) had entered the church - there would have been many more victims," said churchkeeper Saad Saeed.

The gunman fired at the church and a neighbouring Christian-owned shop on Friday, killing at least 11 people, security and church sources said. The attack was later claimed by Islamic State militants via their news agency Amaq.

The police conscript who had stood alongside Farag and the other doormen behind the massive gates was killed by gunfire.

Islamist militants have claimed several attacks on Egypt&39;s large Christian minority in recent years, including two bombings on Palm Sunday in April and a blast at Cairo&39;s largest Coptic cathedral in December 2016 that killed 28 people.

Jihadist groups in Egypt have killed dozens of Copts in recent years and have threatened further attacks against the Christian minority https://t.co/qG7ViX7Wpu pic.twitter.com/mBmVe7nhmN

The country has fought an insurgency led by Islamic State in the Sinai Peninsula that has killed hundreds of soldiers and policemen since the Egyptian military overthrew President Mohamed Mursi of the Muslim Brotherhood in mid-2013 - although no official death toll has been released to date.

Police have stepped up security measures around churches ahead of Coptic Christmas celebrations on 7 January, deploying officers outside Christian places of worship and setting up metal detectors at some of the bigger churches.