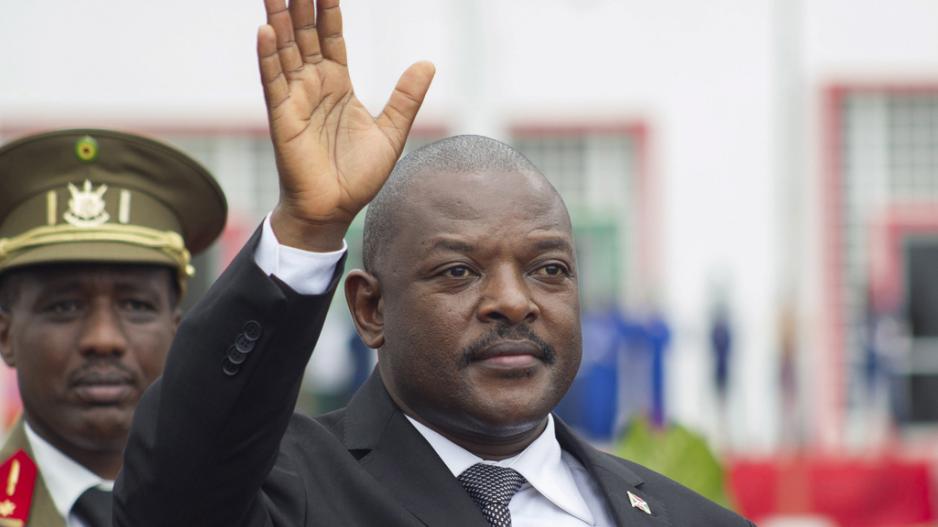 Burundi's President Pierre Nkurunziza bids farewell to his South African counterpart Jacob Zuma at the airport after an Africa Union-sponsored dialogue in an attempt to end months of violence in the capital Bujumbura, February 27, 2016.

NAIROBI, Kenya - Burundi&39;s influential Catholic bishops said Thursday that they were opposed to fundamental constitutional changes to be voted on in a referendum this month.

If passed, the proposed changes could see President Pierre Nkurunziza remain in charge for another 16 years.

A statement, signed by 10 powerful bishops, said it was, "not the appropriate time to make profound changes" to the constitution.

Nkurunziza has ruled the tiny central African nation since 2005. His run for a controversial third term in 2015 triggered a deep political crisis that has since seen 1,200 people killed and 400,000 forced from their homes.

The violence and abuses are being investigated by International Criminal Court (ICC).

But if the amendment is approved, Nkurunziza would be entitled to stand for two more seven-year terms from 2020.

Exiled opposition groups have called for a boycott of the vote which they say will undermine the 2000 peace deal.

Burundians are due to vote on the proposed constitutional changes on May 17.

The vote is taking place in tightly-controlled conditions, and parties which advise electors to abstain -- rather than cast a Yes or No ballot -- risk up to three years&39; jail.

"Many citizens, even they do not say it out loud, live in fear, so much so that people do not dare to say what they think, for fear of reprisals," the bishops said, blaming the government, and its security agencies for spreading fear.