Clashes in the Congo 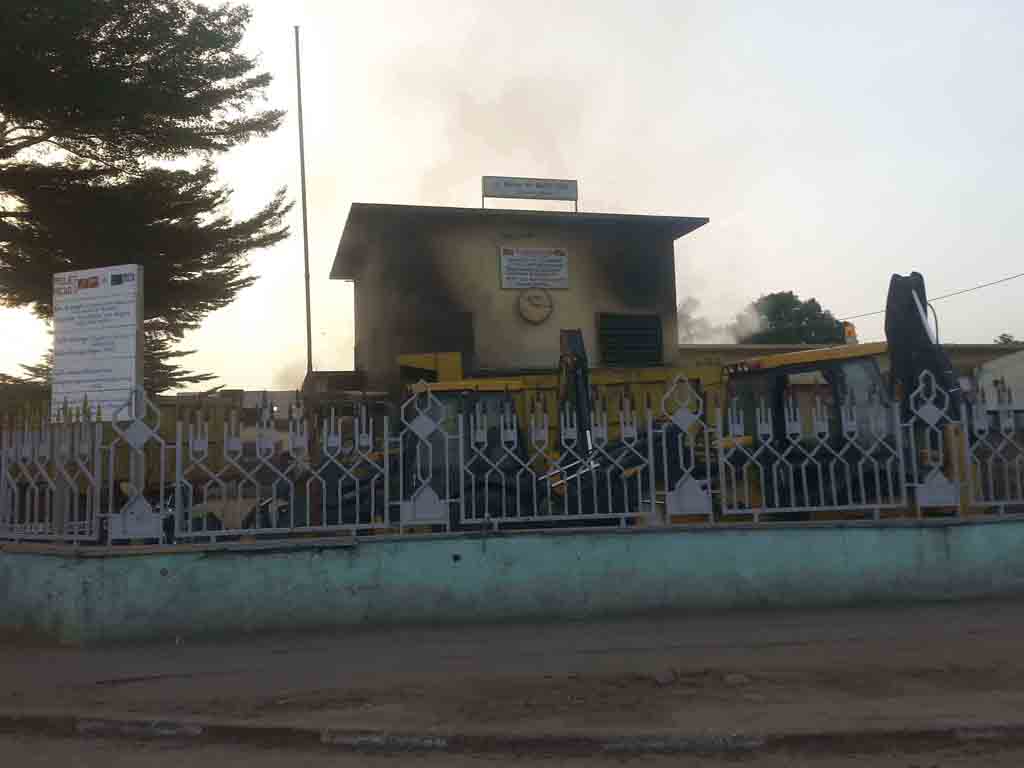 Smoke rises near the compound of the local government office of Makelekele, which was set on fire by opposition supporters, in Brazzaville, Republic of Congo, 4 April, 2016.

BRAZZAVILLE - Clashes erupted in the southern part of Congo&39;s capital Brazzaville early on Monday, with heavy exchanges of fire during the night and a police station set alight, witnesses said.

The reason for the clashes, which pitted police against a group of unidentified assailants, was not immediately clear.

According to several witnesses, the crackle of automatic gunfire began some time after 2:00 am (0100 GMT) in Makelekele and Mayana districts, and continued without stop for four hours. Several explosions were also heard.

By 8:15 am, the gunfire had become sporadic although witnesses across the Congo river in northern Kinshasa, capital of the neighbouring Democratic Republic of Congo, also reported hearing several explosions.

Congolese troops deployed on the streets of Brazzaville https://t.co/2u3GrRizlE pic.twitter.com/yk8fFjRZgh

Witnesses said the main police station in the restive, run-down Makelekele district, a stronghold of Congo&39;s opposition, had been torched.

An AFP correspondent saw many terrified residents leaving the neighbourhood to take refuge in the city centre.

The clashes erupted as Congo&39;s Constitutional Court was studying the validity of results from the March 20 presidential election won by veteran leader Denis Sassou Nguesso but denounced by five defeated candidates who have alleged "massive fraud".

Last week, several southern districts had observed a strike call in protest over the election results in a country of biting poverty where oil riches only benefit a fraction of the population.

Congo has been on edge since an October constitutional referendum that ended a two-term limit on presidential mandates, allowing Sassou Nguesso, a 72-year-old former paratrooper colonel, to run again.

Critics accuse him of rampant corruption and nepotism, blasting the referendum result as a "constitutional coup".