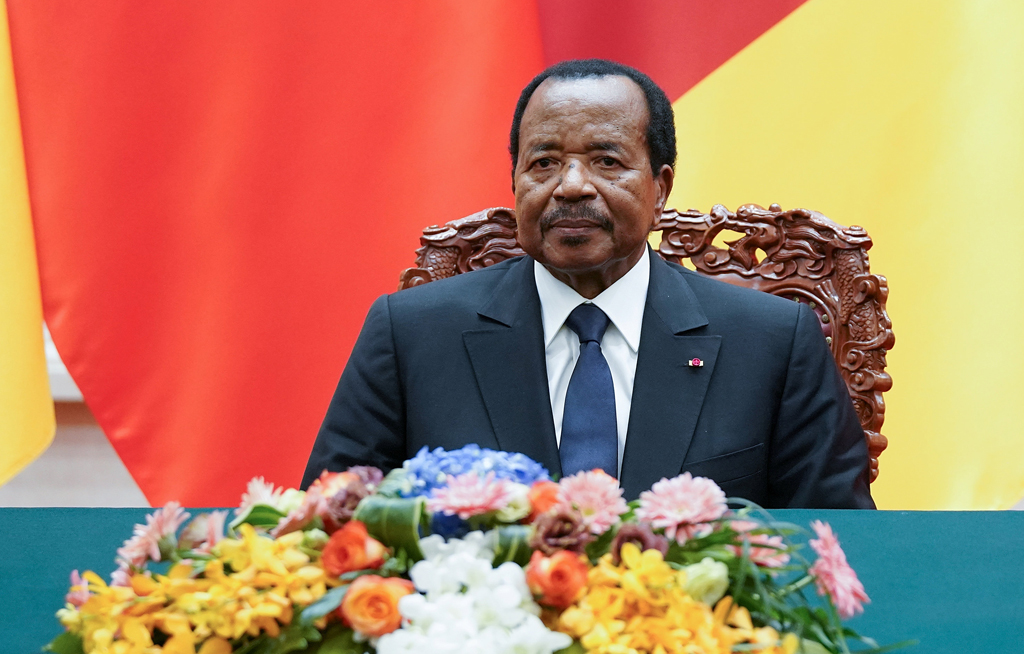 President of Cameroon Paul Biya with Chinese President Xi Jinping (not pictured) attend a signing ceremony at The Great Hall Of The People in Beijing, China March 22, 2018.

PARIS – Cameroonian President Paul Biya, 85, who announced Friday he would stand for a seventh term, is currently the second longest-serving African leader, with 35 years under his belt.

Only his counterpart Teodoro Obiang Nguema of Equatorial Guinea is ahead of him, by three years.

Obiang, 76, has been the leader of the tiny, oil-rich Equatorial Guinea for nearly 39 years.

Congolese President Denis Sassou Nguesso has spent 34 years in office, but not in one go. He first served from 1979 to 1992 and then came back to run the country in 1997 at the end of a civil war.

Sassou Nguesso was re-elected in March 2016 and could run again when his current term expires.

In Uganda Yoweri Museveni has been in power for more than 32 years. He took office in January 1986 after winning the war that ousted Idi Amin Dada.

He was elected to a fifth term in February 2016.

In eSwatini, former Swaziland, King Mswati III is Africa&39;s last absolute monarch. He acceded to the throne of the tiny southern kingdom in April 1986 and has ruled for 32 years.

In Sudan Omar al-Bashir has ruled for 29 years since he staged a successful coup in June 1989.

Eritrea&39;s head of state Issayas Afewerki has been around since 1993, giving him 25 years in power.

Ethiopian emperor Haile Selassie holds the record for the longest time in power on the African continent. After reigning for 44 years, he was ousted in 1974.

Libya&39;s Moamer Kadhafi, who ruled with an iron fist for nearly 42 years, was slain on October 20, 2011, after a protest movement turned into an armed conflict.

Angola&39;s Jose Eduardo dos Santos stepped down on September 26, 2017, after leading his country for 38 years.

Zimbabwe&39;s "father of independence" Robert Mugabe was forced to stand down in November 2017 after 37 years at the helm.