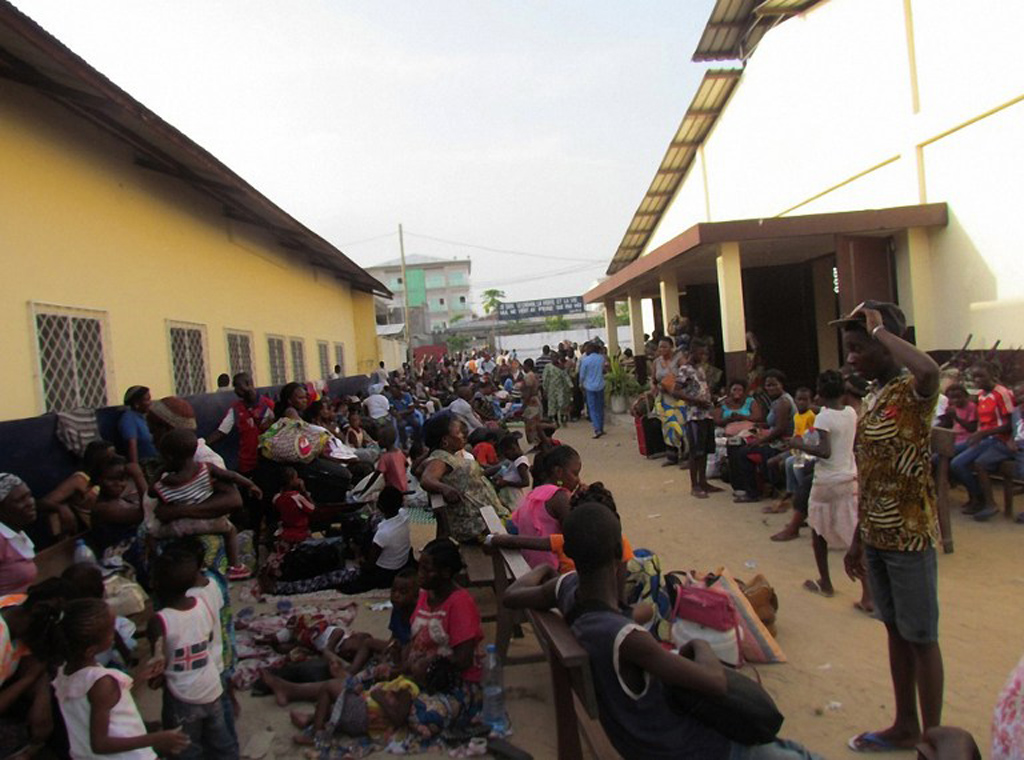 Congolese displaced residents from the southern districts of Brazzaville take shelter in a church after fleeing intense clashes between security forces and unknown assailants on 4 April, 2016.

DAKAR - Conflict has forced at least 1.5 million people to flee their homes within the Democratic Republic of Congo this year - more than triple the number uprooted within Syria and five times the number within Iraq, an aid group said on Monday.

READ: One person every second displaced by conflict, disaster in 2016 - report

More than 922,000 people were driven from their homes by conflict within Congo in 2016, compared with 824,000 in Syria and 659,000 in Iraq, according to the Internal Displacement Monitoring Centre (IDMC), which is part of the NRC.

"DRC's largely forgotten crisis ... superseded all other crises in terms of the number of people forced to flee their homes," Ulrika Blom, the NRC's country director for Congo, said in a statement.
"Even Syria or Yemen's brutal wars did not match the number of new people on the move in DRC last year."

Ethnic violence in Congo, Africa's second-largest country, has spread and worsened since December when President Joseph Kabila refused to step down at the end of his mandate.
The number of displaced throughout Congo has more than doubled to 3.7 million since August 2016, according to the UN Office for the Coordination of Humanitarian Affairs (OCHA).

Analysts fear growing violence in Congo could spark a repeat of the conflicts between 1996-2003, mostly in the east, in which millions died, mainly from hunger and disease.

Dozens of armed groups continue to fight over natural resources and prey on the civilian population, with the Kamuina Nsapu insurrection that erupted in the Kasai-Central province in August seen as the most serious threat to stability in Congo.

"What's important to understand is that each time families have to flee, their resilience for rebuilding their lives is broken down even further," Elizabeth Rushing, a senior strategic advisor at the IDMC, told the Thomson Reuters Foundation.

"This erosion of the social and economic fabric ... feeds into state fragility and violence."`

More than 31 million people - one person every second - were uprooted in their home country in 2016 because of conflicts and disasters, and numbers will grow unless underlying causes like climate change and political turmoil are tackled, the NRC said.