Congo approves use of Ebola vaccine 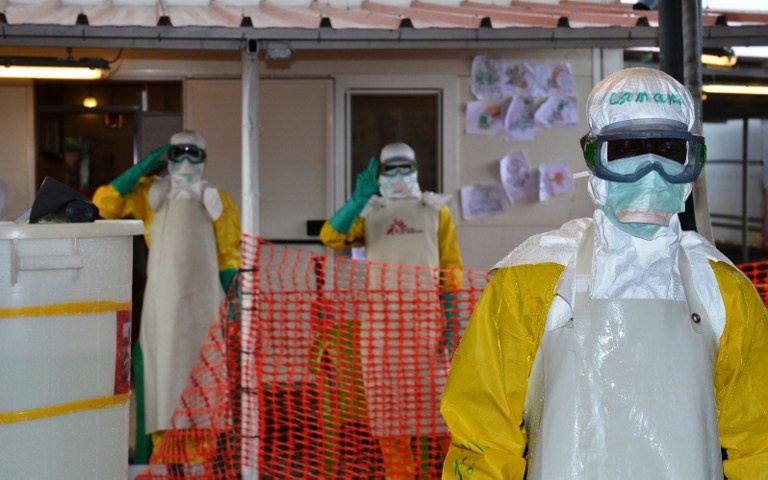 KINSHASA – Democratic Republic of Congo's health ministry has approved the use of a new Ebola vaccine to counter an outbreak of the haemorrhagic fever in its northeast that has killed four people, a spokesman said on Monday.

"The non-objection was given. Now there's a Medecins Sans Frontieres team that is arriving (in Congo) today to validate the protocol with the technical teams," Jonathan Simba, a health ministry spokesman, said by telephone.

The vaccine, known as rVSV-ZEBOV and developed by Merck , is not yet licenced but was shown to be highly protective against Ebola in clinical trials published last December.

As of Friday, Congo had registered 52 total suspected cases, including two that have been confirmed, World Health Organization spokesman in Congo Eugene Kabambi, said by telephone, adding that the situation appears to be under control.

Simba said that the details of the vaccination campaign would be announced after a meeting of the health ministry and its partners set to take place on Monday or Tuesday.

A vaccination campaign would present logistical challenges in Congo's isolated northeastern forests, including transporting and storing the vaccine in special containers at the required minus 80 degrees Celsius.