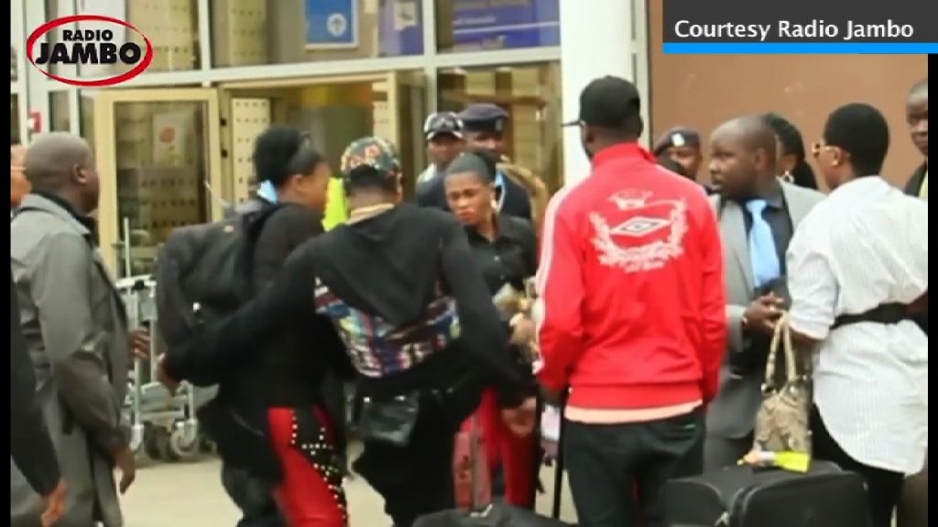 KINSHASA - Congolese rumba star Koffi Olomide, who was expelled from Kenya at the weekend after allegedly kicking one of his dancers, was charged with assault and battery on Tuesday, a judicial source told AFP.

The source, who asked not to be identified, said the 60-year-old musician has been detained prior to an official court hearing "in five days".

A prison source said he was being held in a VIP cell at the central Makala jail. A source at the jail said his arrival had  "caused a commotion" among other prisoners held there.

Earlier on Tuesday, the city&39;s police chief, General Celestin Kanyama, told AFP Olomide had been arrested at his home early in the morning on "a warrant from the prosecutor who wants to interrogate him".

Congolese musician Koffi Olomide has been arrested at his Kinshasa home for assaulting a female dancer in Kenya pic.twitter.com/koV0xpyIGo

Olomide, who has recorded 26 albums, was to have staged a concert on Saturday. He was filmed on arrival in Nairobi the day before, kicking out and lunging at one of his dancers. Video footage of the incident went viral.

His lawyer later said Olomide had been trying to step in to resolve a dispute between his dancers and that his foot had slipped.

Zambia cancelled a concert he was due to give in Lusaka.

A Congolese parliamentarian, Zacharie Bababaswe, had filed a complaint against the singer "because it is inadmissible that after this barbaric act against a woman Koffi Olomide be welcomed [in Kinshasa] ... like a VIP".

In August 2012, Koffi Olomide was handed a three-month suspended prison sentence for assaulting his producer.

If found guilty of kicking the dancer he will face between eight days and six months in jail.

"May the justice of man be just and fair," read a post on Olomide&39;s Facebook page earlier Tuesday. "To all my fans keep calm .. we&39;ll come through this," the post added.

A later post blasted the "injustice" being served on the singer.