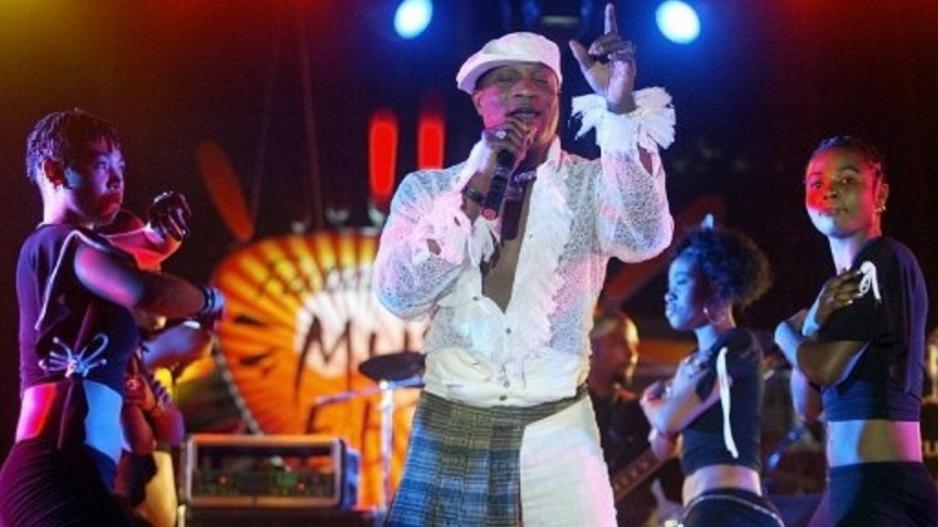 File: Koffi Olomide from Congo and dancers of the Quarter Latin group, perform 30 April 2005 at the Iba Mar Diop stadium in Dakar during the Ebony Music Festival dedicated to the fight against malaria.

NAIROBI — Kenyan authorities have deported a popular Congolese musician accused of assaulting a female member of his band on Friday.

Deporting Koffi Olomide was a great move. Some of these top African celebs feel like they can do anything and get away with it.

George Wajackoyah, a lawyer for the entertainer known as Koffi Olomide, said his client was deported early Saturday along with three dancers in his ensemble.

To everyone who shared their outrage on the Koffi Olomide assault video,thank you.Your voice forced @JBoinnet to do the right thing.Keep On

Footage posted on social media shows Olomide kicking the woman, one of his dancers, as they lined up at the airport in Kenya’s capital, Nairobi.

The incident sparked outrage on social media, with many Kenyans calling for Olomide’s arrest.

Can we address KoffiOlomide pls. How is it possible that he can kick a woman and he continues with life like nothing happened?

Problem is not just Koffi Olomide. It is the system that stood by and allowed him, and allows many others, to assault women with impunity.

As for me and my house. We have banned KoffiOlomide music. Shocking behaviour.

What Koffi Olomide has done is reprehensible & criminal. Kenyans should boycott his show. Police should prosecute him. BoycottKoffiOlomide

Koffi Olomide cannot come to Kenya, assault a lady, and get away like a street preacher. No! ArrestKoffiOlomide

Olomide denied assaulting anyone in an interview with a local broadcaster.

"Nipige Picha na yeye" the irony in this Koffi Olomide assault video is too much. pic.twitter.com/ItpiZlH1Jk

Koffi Olomide takes to Facebook to explain kicking incident: He was defending his dancer https://t.co/VfSmL2nKzM pic.twitter.com/J7qph4oX5i

KoffiOlomide to be deported from Kenya. Rightfully so. What he did was beyond unacceptable. pic.twitter.com/hvWNmw48Tk

What Koffi Olomide did at JKIA today might not be a rare case. A simple google search shows an assault trend. pic.twitter.com/rLRdOYq19J