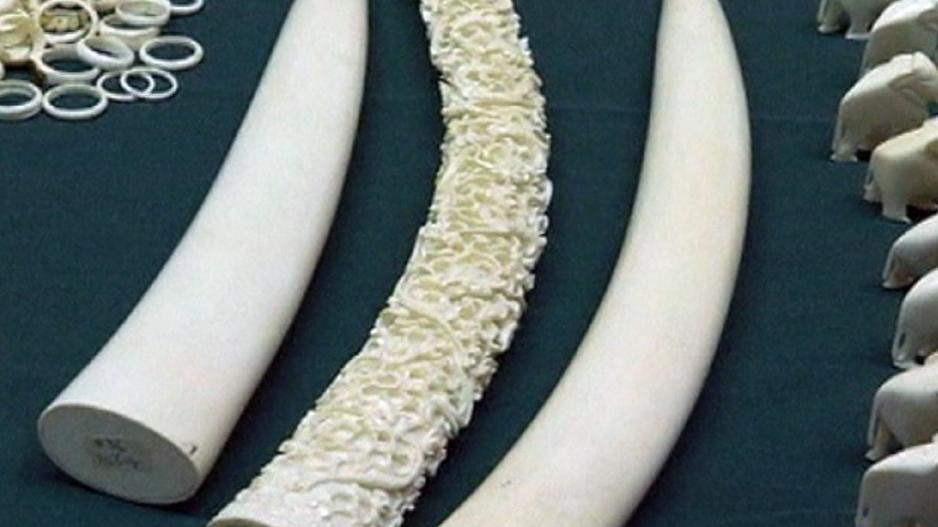 Johannesburg, 27 September 2016 - Zimbabwe and Namibia cannot sell ivory to other countries, the Convention on International Trade in Endangered Species' conference has voted.

HONG KONG - A frontline park ranger from the Democratic Republic of Congo on Tuesday delivered an emotive testimony to legislators against the ivory trade in Hong Kong, as the city faces criticism over how it plans to phase out the trade.

The southern Chinese city, a major hub for ivory sales, announced last year that it would ban the import and export of the goods, but later clarified that it would only completely abolish the trade by 2021.

Critics say city authorities are dragging its feet and lagging behind China, where officials in December pledged to halt the enterprise by the end of 2017.

Garamba National Park manager Erik Mararv described the violent nature of the trade to the city's legislature, including an incident last year where he and his team were ambushed by poachers near an elephant carcass.

"The poachers were hidden in the bushes close by, it was a brutal contact and three brave rangers... died," said Mararv at the hearing attended by lawmakers and ivory traders.

"They died by the side of an elephant which had its face hacked off," said Mararv, who was also wounded in the violent exchange.

He went on to argue that Hong Kong should not compensate ivory traders as it could further encourage the violent industry.

"The message to the poachers would be that the government of Hong Kong is buying up ivory and we'll see more animals and more people dying," added Mararv.

Traders, however, have called for compensation, saying they have been forced to sell small portions of their remaining stock for the past 27 years, following an international ban in 1989.

"Why must the current situation of illegal ivory poaching kill our inventory, our own hard-earned money?" said trader Mung Wai-hung following the speech to the legislature.

The international trade in elephant ivory, with rare exceptions, has been outlawed since 1989 after populations of the African giants dropped from millions in the mid-20th century to some 600,000 by the end of the 1980s.

African ivory is highly sought after in China, where it is seen as a status symbol, and where elephant tusks are used in traditional medicine and used to make ornaments.