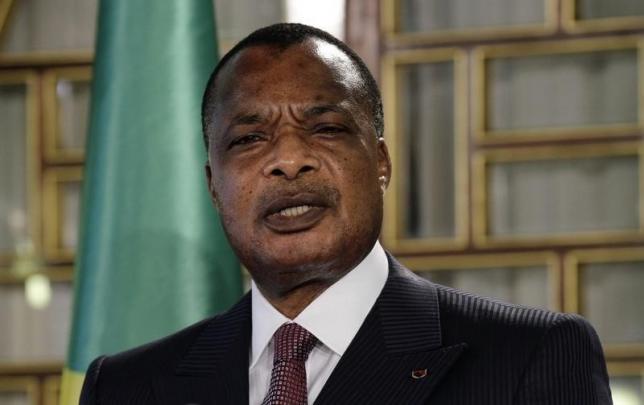 BRAZZAVILLE - Congo&39;s President Denis Sassou Nguesso will seek re-election on Sunday after 32 years at the helm of an oil-rich but impoverished nation which is clamouring for jobs and decent living standards.

One of Africa&39;s five longest-serving leaders, the 72-year-old former paratrooper colonel is running for a new term after an October vote modified the constitution, removing a 70-year age limit and two-term barrier to enable him to extend his rule.

The changes were approved in a referendum by 94.3 percent, which the opposition dubbed it "a constitutional coup" and protests erupted in the run-up to the vote that left several people dead.

But in down at heel Makelekele and Bacongo, southern parts of the capital where opposition support is strong, residents say Sassou Nguesso has failed to make good on his last election pledges and question why this round of promises would play out any differently.

"There&39;s no work, it sucks," said a 31-year-old with a degree in public administration who gave his name as Eric.

Chatting with friends at a roadside cafe, or "nganda", in an area where the muddied streets are potholed and the sewerage is overflowing, he said he worked occasionally in restaurants but had "no stable job".

"My parents are elderly and retired," he said. "I have a wife but have to wait to have children."

While the Republic of Congo saw "robust growth" of five percent over five years through to 2014 with oil and timber providing its main revenues, the country remains in dire straits.

"(Congo) continues to suffer from high rates of poverty and inequality, large infrastructure gaps, and important development challenges," a report by the International Monetary Fund released in July 2015 report said.

The IMF fears "domestic instability" without progress in the battle to eliminate poverty.

"We&39;re really disappointed about what&39;s happening in Congo," said 20-year-old student Yette. "Most young people have diplomas but no work."

Sassou Nguesso admits there is a problem.

His new election platform underlines government efforts in education while noting that "60 percent of graduates without work" qualified at the country&39;s sole university.

In the run-up to the 2009 election he had promised "A path towards the future" that would bring the country "modernisation" and "industrialisation".

"Seven years were insufficient to fully make these solutions operational... which is why we need to continue the country&39;s modernisation and industrialisation," reads the new platform, which proposes "an accelerated march towards development".

But while a pro-Sassou banner hung at a traffic roundabout proclaims "Yes, the country can be industrialised in five years", some voters are sceptical.

"(Sassou Nguesso) did nothing in 32 years, so why would he get anything done in five," said a man in his 50s.

"There&39;s no hope for many young people. All they&39;ve got is drink, cigarettes and hemp."