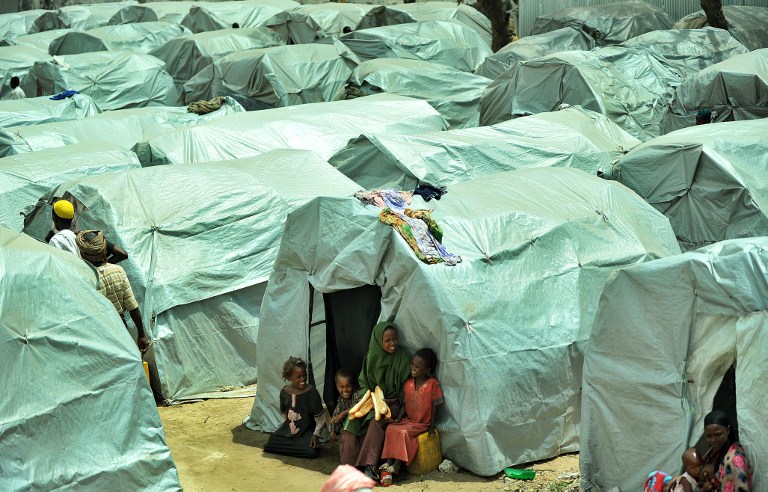 A Somali sits outside a tent at the camp for the internally displaced in Mogadishu.

MOGADISHU - The United Nations is trying to raise awareness about rape in Somalia.

It is reported that rapists continue to attack displaced women and children in camps around Mogadishu and the UN says the country needs a strong judiciary to curb these incidents.

"We are filled with fear when the sun sets because armed men come here to rape and rob people at night," said one of the women who live in constant terror.

"We cannot come out of our makeshift tents," she added.

Victims seldom report what happened to them for fear of the stigma attached to rape.

However the UN says it&39;s become a daily crime where perpetrators never see the inside of a courtroom.

Zainab Hawa Bangura, UN Special Representative on Sexual Violence in Conflict, said he visited the area to gain first-hand knowledge of what is happening in relation to sexual violence.

"[We must establish] what we can do to be able to work with the government and the national stakeholders on the ground to address this problem of sexual violence," he said.

The UN says it has evidence that 1,700 women have been raped in camps.

The majority of offenders are reportedly law enforcement officers.

A team of UN experts will be deployed to Somalia in July.

The team will train police so they can speed up prosecution of perpetrators and protect rape survivors.