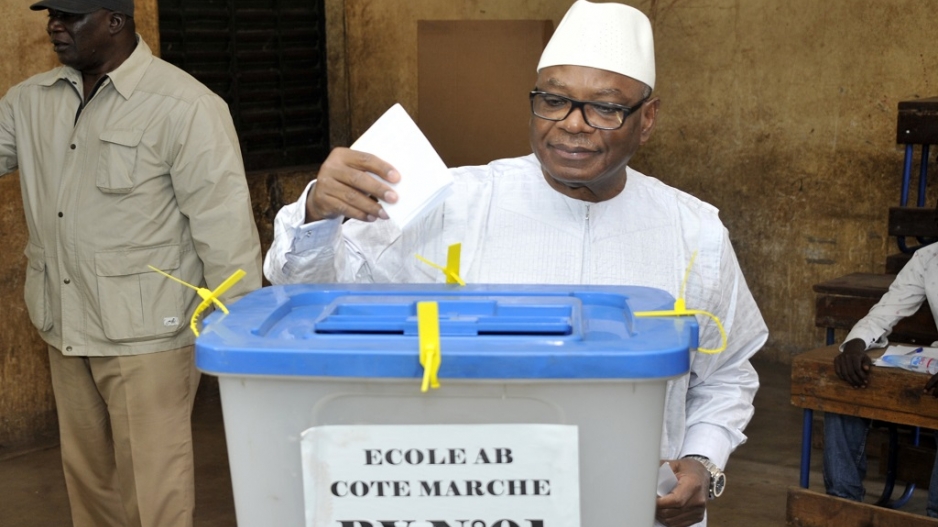 Malian President Ibrahim Boubacar Keita casts his ballot at a polling station in Bamako during municipal elections on November 20, 2016.

BAMAKO – Mali&39;s government has confirmed a presidential election will be held on 29 July, an official statement said on Friday, after local polls were again pushed back to the end of the year.

Planned elections in the African country have been repeatedly postponed since 2013, in part due to security concerns over Islamist extremism.

But President Ibrahim Boubacar Keita and Prime Minister Soumeylou Boubeye Maiga have promised for months that the presidential vote will take place this summer.

Campaigning for the first round of the election will begin on 7 July and end on 27 July, the statement from the Council of Ministers said.

A second round, if necessary, will be held on 12 August.

The announcement came after Mali&39;s National Assembly voted Monday in favour of a policy statement by the prime minister, who was appointed in December to bolster security ahead of the election.

Keita has not yet announced his candidacy but around a dozen others have said they will stand for president, denouncing the country&39;s "bad governance".

Islamist extremists linked to Al-Qaeda took control of the desert north of Mali in early 2012 but were largely driven out in a French-led military operation launched the following year.

Mali&39;s army, French soldiers and a UN mission still have little control over large tracts of the country, which regularly comes under attack in spite of a peace accord signed in May and June 2015 with the aim of isolating the jihadists.

The past two years have seen Islamist attacks spread to central and southern areas as well as over the border into neighbouring Burkina Faso and Niger.

Regional elections, already pushed back from December to April, were again postponed in March to the end of 2018.

Separate municipal elections were only held in one part of the country in November 2016, due to unrest in the north and centre.