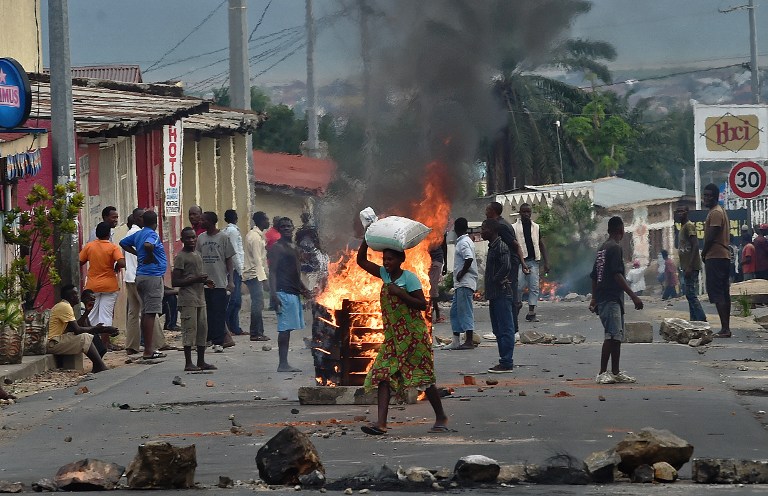 A woman walks past a burning barricade erected by protesters opposed to the Burundian President's third term.

BUJUMBURA - Protesters in Burundi battled police on Thursday in violent anti-government demonstrations against a third term bid for power by the president, as security forces tried to stem unrest a week after a failed coup.

At least two protesters were shot dead and eight were wounded in clashes with police in the capital Bujumbura, the Red Cross said, the latest victims of the unrest triggered by President Pierre Nkurunziza&39;s bid for a third term, in which more than 20 people have died.

Heavy gunfire was heard all day in suburbs of the capital.

The crisis, which began in late April after the ruling party nominated Nkurunziza to stand again in the June presidential election, deepened last week when a top general staged a failed coup attempt.

Newly-appointed Defence Minister Emmanuel Ntahonvukiye called for unity in the wake of the abortive coup, which was crushed by loyalist forces after street fighting between rival factions.

"The survival of Burundi as a nation depends on the cohesion of the army," a military statement read, warning that, should the army splinter, it would result in a situation seen in war-torn Somalia.