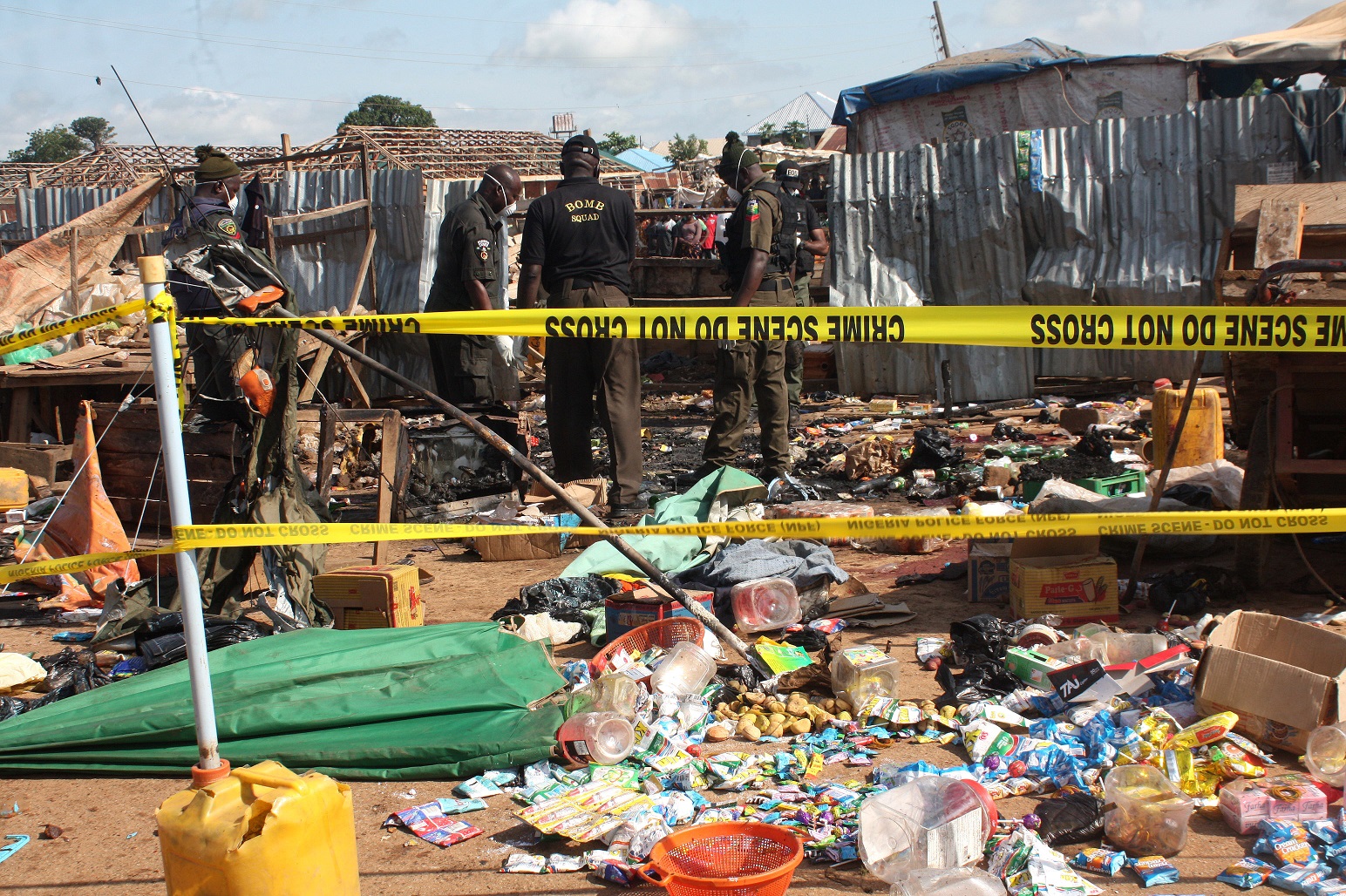 KANO – Two female suicide bombers on Friday killed 45 people and wounded 33 others when they detonated their explosives in a crowded market in Nigeria's restive northeast, the emergency service said

The army had earlier put the death toll at 30.

"From our updated records we have 45 dead and 33 injured in the twin suicide bomb explosions in Madagali," said Sa'ad Bello of the National Emergency Management Agency (NEMA) in Adamawa state.

While there was no immediate claim of responsibility, the blasts bore all the hallmarks of Boko Haram, which regularly uses women and young girls to carry out suicide attacks in its seven-year insurgent campaign in the troubled region.

Military spokesman Badare Akintoye had earlier said "at least 30 people have been killed in the suicide blasts carried out by two female suicide bombers in the market."

"The two bombers who (were) disguised as customers, detonated their suicide belts at the section of the market selling grains and second-hand clothing," said Yusuf Muhammad, the chairman of Madagali local government.

The attack on Madagali, which was recaptured by Nigerian forces from Boko Haram jihadists in 2015, was the third time the town has been targeted since December last year when two female suicide bombers killed scores.

"It was dead bodies and wounded people in the midst of blood, spilt grain and abandoned personal effects," he said.