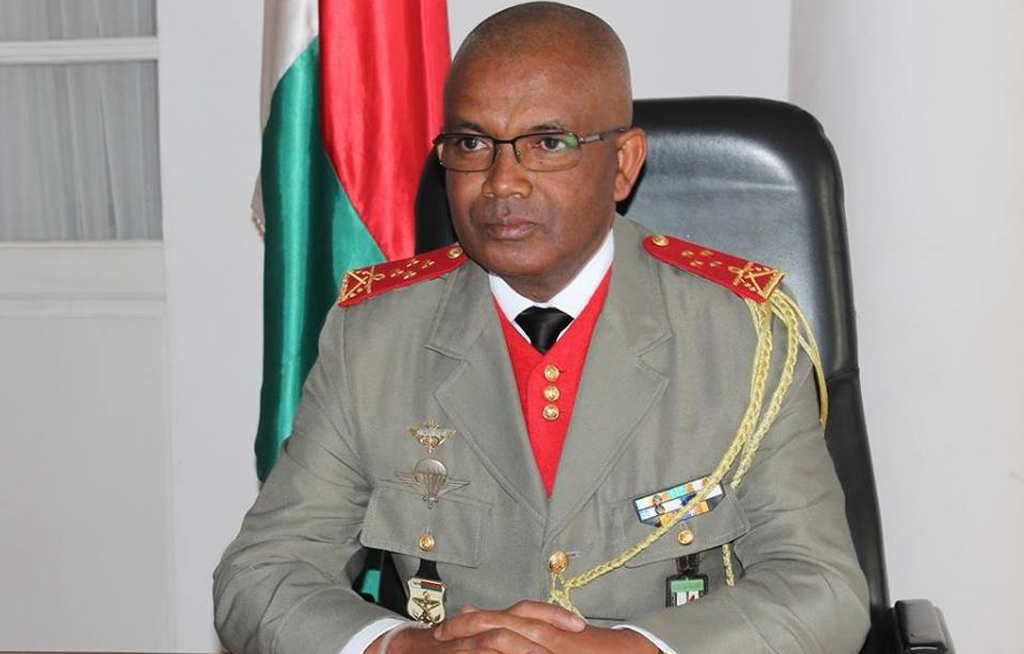 His warning came after crunch talks between the opposition and government failed to defuse the dispute.

"We call on all of the leaders involved in this crisis who want to obstruct the life of the nation to find a solution," said Rasolofonirina in a statement.

"If this is unsuccessful, the security forces will intervene as the nation&39;s last resort... to avoid a catastrophe."

Madagascar has been rocked by violent protests since April 21 that initially sought to oppose new laws that the opposition said were crafted to bar their candidates from participating in elections expected this year.

Those provisions were then struck down by the courts, causing protestors to switch their focus to the president who they are now calling on to resign.

Last Friday, the Constitutional Court ordered the president, Hery Rajaonarimampianina, to form a government of national unity and to "name a consensus prime minister" within seven days.

The composition of the government should proportionately reflect the outcome of the last legislative elections in 2013, the court ordered.

However, interpreting the ruling has triggered a fierce debate between the government and opposition.

Both sides say they hold the majority in parliament, where many legislators have switched allegiances since 2013.

On Thursday, Rajaonarimampianina petitioned the Constitutional Court, urging it to clarify its instructions.

The Court had also given the government and opposition 10 days to mediate their differences although it was unclear if that deadline superseded the seven-day ultimatum.

Rasolofonirina, the defence minister, called on all sides to resolve the situation "within the time limits imposed by the Constitutional Court in its ruling". He did not specify to which deadline he was referring.

Government and opposition mediators, though not President Rajaonarimampianina nor the opposition leader, met for talks on Thursday organised by the National Reconciliation Council that ended inconclusively. They are expected to continue on Friday.

"We are not here to appoint a new prime minister -- that is not our remit," said the chair of the National Reconciliation Council talks Maka Alphonse.

"We are here as a platform for discussion."

Madagascar has seen a series of popular protest movements since the island nation gained independence from France in 1960, often resulting in bloodshed.

Earlier this month Rasolofonirina appealed to the bitterly opposed political parties to reach an agreement, as anti-government protests in the capital Antananarivo ground on.

Since April 21, hundreds of opposition supporters have occupied the key May 13 square in the heart of the capital Antananarivo, demanding Rajaonarimampianina step down.

The opposition earlier this month snubbed UN special envoy Abdoulaye Bathily who visited the island to broker an end to the political crisis. Bathily did however hold talks with Rajaonarimampianina.

Elected in 2013, Rajaonarimampianina has not yet announced whether he will stand for re-election in the country which has been politically volatile since the final years of former Marxist military leader Didier Ratsiraka&39;s rule. He was voted out in 2001.

Two ex-heads of state and one-time mayors of the capital have already said they will contest this year&39;s polls.

Marc Ravalomanana, who was president from 2002 to 2009, and Andry Rajoelina, who removed Ravalomanana after mass public protests and an army mutiny.

Both were barred from running in 2013 and their parties have been involved in the demonstrations, leading the two men to set aside their past animosity and unite against the current regime.

Augustin Andriamananoro, a close ally of Rajoelina and spokesman for the opposition MAPAR party, said that "it&39;s not for the army to tell us our job".

"There&39;s no room to find a deal. They should just implement the Constitutional Court ruling on appointing a new prime minister and after that we can negotiate."