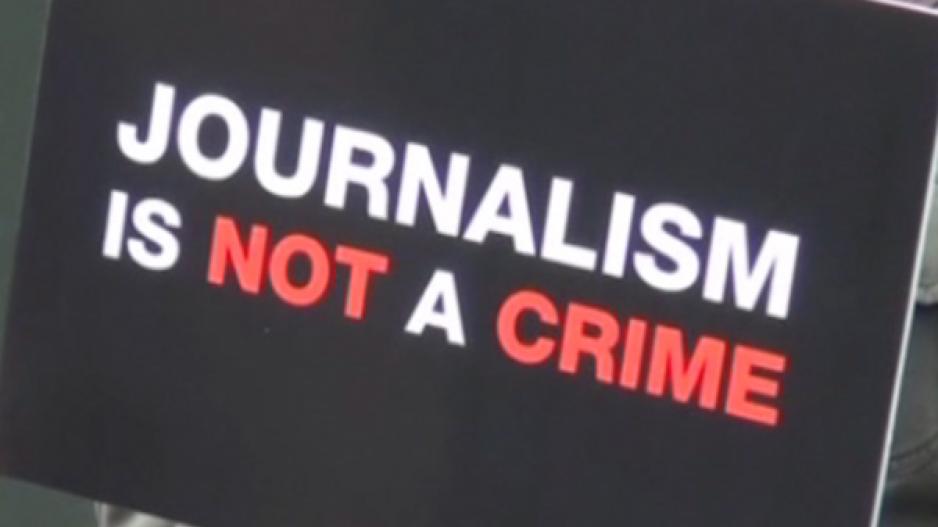 Cairo - Three al Jazeera journalists who have been detained in Egypt since last year have been sentenced to jail.

JOHANNESBURG - An Egyptian reporter Moataz Wadnan, who was detained after conducting an interview with a political figure, has gone missing while in custody, according to the Committee to Protect Journalists (CPJ).

Wadnan, who reports for the Huffington Post Arabi based in Instanbul, was arrested on Friday following his interview with Hisham Geneina, a campaign aide to ex-general and presidential candidate Sami Anan.

Police officials told Wadnan’s family that he was transferred on Sunday to the State Security Prosecution office, which prosecutes national security and terrorism-related crimes, yet prosecutors denied having him in custody, according to media reports.

Wadnan published his interview with Geneina, a senior member of the presidential campaign of Anan, a political rival to Egypt’s President Abdel Fattah el-Sisi.

Geneina was arrested on February 13 pending investigation in a lawsuit filed by the Egyptian military, after he said in the interview that he has secret documents showing military leaders’ involvement in "post-January 25 violence" during the 2011 Egyptian revolution, according to news reports.

Anan was arrested on January 23, a few days after he announced his intention to run in the presidential elections, according to reports.

Wadnan’s family filed a complaint to the Egyptian Prosecutor General inquiring about the journalist’s whereabouts and asking for his immediate release, according to news reports.

Egypt’s Interior Ministry, which oversees police operations and prisons, did not immediately respond to CPJ’s request for comment sent via email.