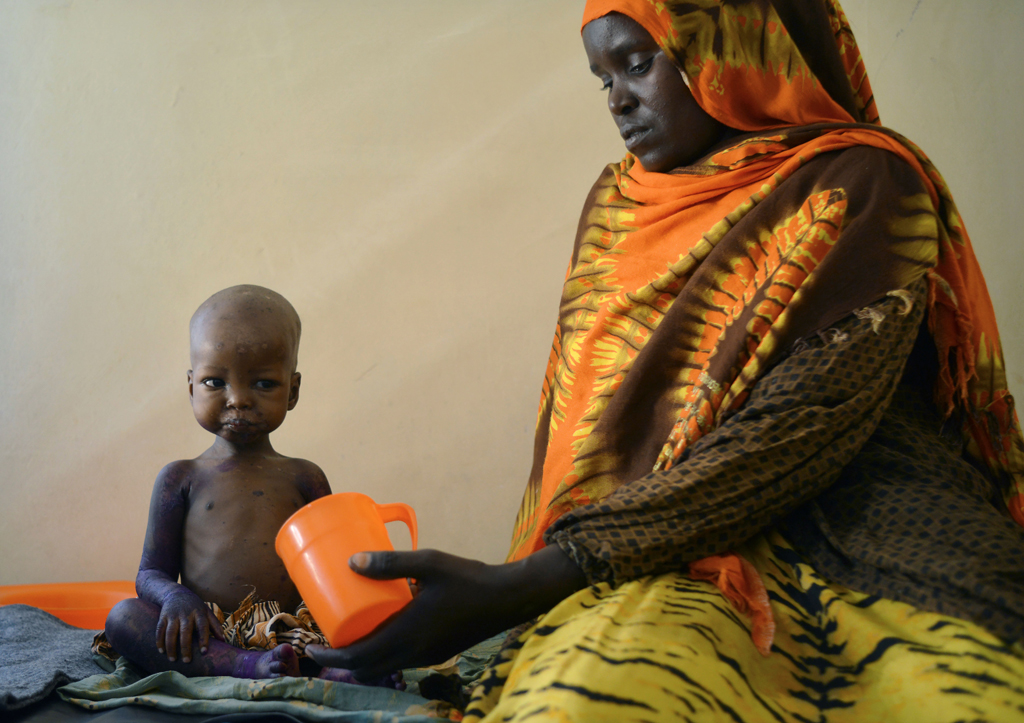 This file photo taken on March 15, 2017 shows a malnourished child being fed by her mother at a regional hospital in Baidoa town, the capital of Bay region of south-western Somalia.

NAIROBI – The International Federation of Red Cross and Red Crescent (IFRC) warned Wednesday of a health crisis in Somaliland after 28 people died of acute diarrhoea in the past 10 days.

More than 411 cases, believed to be caused by cholera, have been reported since the start of the month with 167 people hospitalised in the drought-ravaged region of northern Somalia.

"This outbreak is frightening, as the people of Somaliland are already weakened by the drought and by lack of food," said Abdirasaq Ali Duran, a Somali Red Crescent Society official based in the town of Buhdole near the border with Ethiopia.

Many of those affected were herdsmen who live in remote areas, the statement said.

"Drought doesn’t just cause thirst, hunger and death – it causes diseases like acute diarrhoea, because people are so desperate for water that they'll drink from heavily contaminated streams or puddles," said Duran.

Somaliland declared independence from Somalia after the Horn of Africa nation's central government collapsed in 1991, but it remains unrecognised by the international community.

Nearby Puntland, a semi-autonomous region of Somalia, has also been hit by the outbreak, recording more than 1,600 cases of cholera and 57 deaths since the start of the year, according to the IFRC.

The Horn of Africa region including parts of Ethiopia and Kenya are suffering from drought, and Somalia's president warned last month that his country could slip into its third famine in 25 years if the international community did not send more aid.

The last famine in Somalia broke out in 2011 and killed at least 260,000 people – half of them children under the age of five, according to the UN World Food Programme.