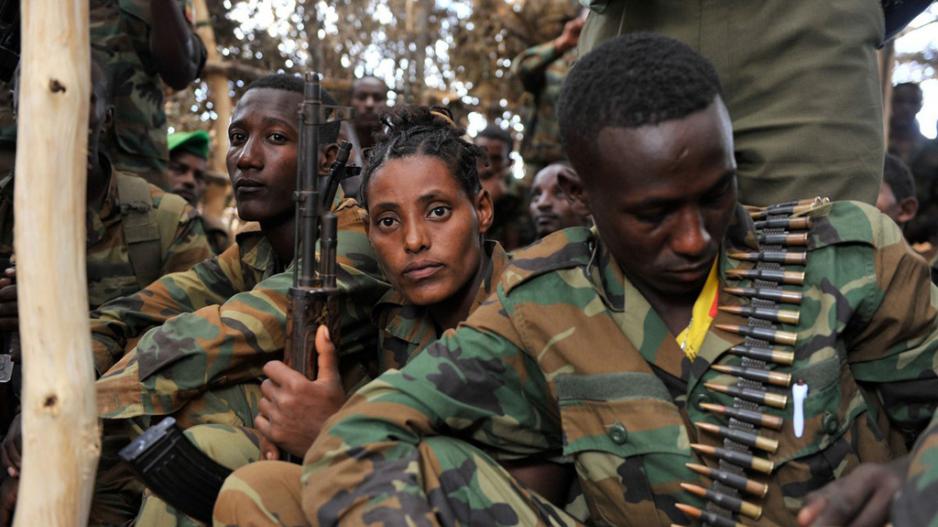 Ethiopian soldiers serving under AMISOM listen to a speech by Acting FC Maj. Gen. Lakara during his visit to Halgan.

The attack was carried out on a military outpost at Halgan on the road between Belet Weyne and Buulo Burde, 300km from Mogadishu, early on Thursday morning.

They repulsed an attack on an Ethiopian military outpost, capturing a large quantity of weapons. Amisom forces remained in full control of Halgan town, the ministry said.

Dlamini-Zuma said attacks such as this further demonstrated the “despicable nature” of Shabaab “whose sole purpose is to spread terror and continue the destabilisation of Somalia”.

“Our resolve can only be rejuvenated to fight on until Somalia is freed of all elements of terror. The commitment of the AU to continue to support the Somali government and people in their effort to achieve sustainable peace will continue,” she said.

Elections for a new government in Somalia are due to be held later this year.

According to reports, 248 Shabaab fighters were killed and more than 400 captured, while the Ethiopian forces lost nine soldiers. Ethiopia is one of five countries contributing troops to the 22,000-strong Amisom. This was the first time an Ethiopian-run Amisom base had been attacked.

A Shabaab statement claimed its fighters had stormed the base in the morning. Resident said they heard a huge explosion at the base and heavy exchange of gunfire shortly before dawn.

Shabaab is an offshoot of another extremist organisation, the Islamic Courts Union. It succeeded in briefly controlling much of Mogadishu before withdrawing from the city after fierce fighting in 2011. It also lost control of the southern port city of Kismayo and has been unable to regain a foothold in Somalia’s towns since.

This family in the Dadaab Refugee Camp wants to return to Somali but hometown is occupied by Al Shabaab. pic.twitter.com/zX1Qs62CuZ

It has also launched deadly attacks in Kenya and Uganda. Both countries contribute troops to Amisom.