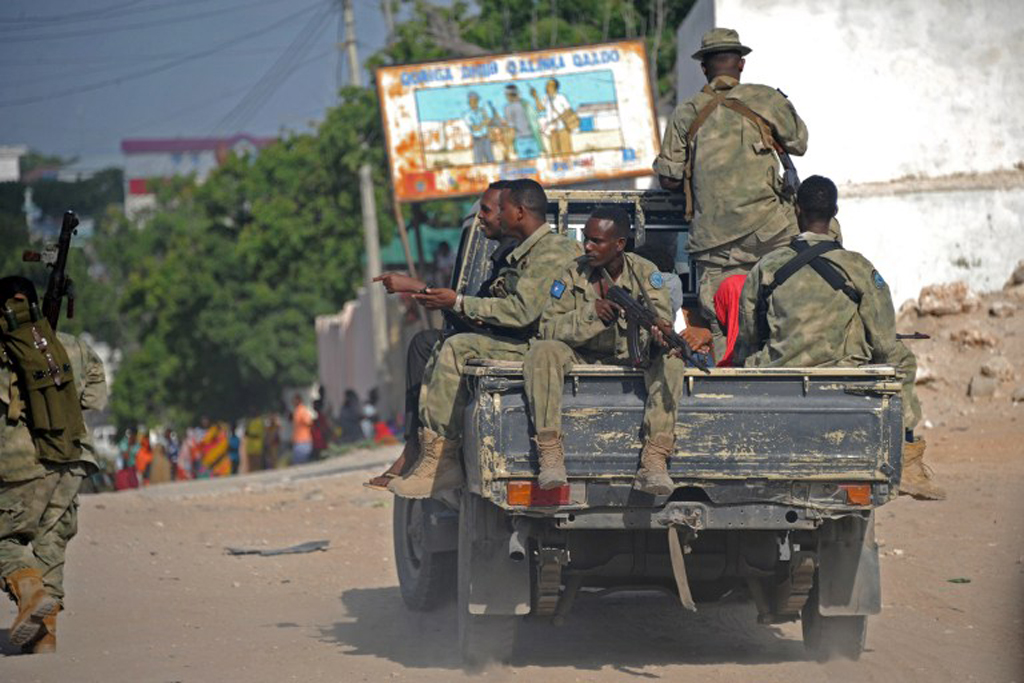 Somali soldiers patrol in a pickup truck near the site where al-Shabaab militants carried out a suicide attack against a military intelligence base in Mogadishu on June 21, 2015.

MOGADISHU - Dozens have been killed in Somalia after al-Shabaab gunmen ambushed an army convoy, officials and local elders said Thursday, the latest battles with the Al-Qaeda-linked insurgents.

Al-Shabaab fighters launched attacks on the army convoy near the village of Tulo-Barwao in the southwestern Gedo district of Somalia on Wednesday, a region bordering Ethiopia and Kenya, sparking intense gun battles.

Government officials put the toll at 32 al-Shabaab and 11 government soldiers killed, while the al-Shabaab said the only casualties were 19 government troops. Local elder Abdulahi Halane said around 30 people were killed in total.

It was not possible to independently verify the toll.

"The fighting was very heavy and 32 enemy al-Shabaab fighters, including senior commanders, were killed," said Nur Mohamud Burale, a local government official. "We lost 11 soldiers, and 16 others were wounded."

Al-Shabaab is fighting to overthrow the internationally-backed government in Mogadishu, and still controls large parts of the rural south. The fighters launch regular attacks even in the heart of government areas in the capital.