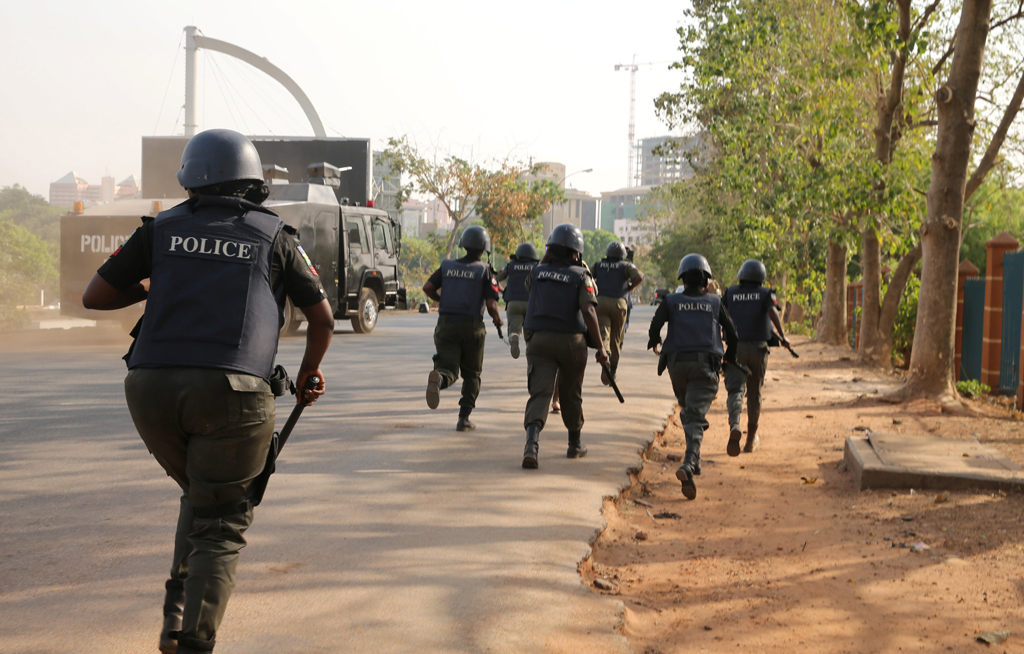 Police disrupt a rally by the BringBackOurGirls campaign, which is protesting in Nigeria's capital Abuja to mark 1,000 days since over 200 schoolgirls were kidnapped from their secondary school in Chibok by Islamist sect Boko Haram, Nigeria.

KANO, Nigeria - Dozens of people were killed on Tuesday when two suicide bombers detonated their explosives at a mosque and a market in Mubi, northeast Nigeria, residents said.

"We have evacuated dozens of dead and injured people to the hospital and the rescue operation is still ongoing," volunteer Habu Saleh told AFP.

A medical source at the Mubi General Hospital said it had "so far received 37 dead bodies and dozens of injured from the two blast scenes".

There was no official confirmation of the death toll. Police and government officials in the Adamawa state capital, Yola, were not immediately available for comment.

The hospital source, who asked to remain anonymous because he was not authorised to speak to the media, added: "The death toll may mount because evacuation is not completed.

"Many of the injured who are in critical condition may not survive."

Health workers from the hospital mobilised to attend to the victims, despite being on strike over pay and conditions.

Mubi resident Abdullahi Labaran said the first bomber mingled with worshippers who had gathered for prayers at the mosque at the edge of the market.

He detonated his explosives "five minutes before the prayer started" at about 1:20 pm (1220 GMT).

The second bomber blew himself up among the crowds of worshippers, traders and shoppers who fled the mosque towards the butchery section of a nearby market.

Mubi is some 200 kilometres by road from Yola.

It has been repeatedly targeted in deadly attacks blamed on Boko Haram since it was briefly overrun by the militant group in late 2014.

On November 21, 2017 at least 50 people were killed when a suicide bomber blew himself up in a mosque during early morning prayers in the Unguwar Shuwa area of Mubi.

In October 2012, at least 40 people were killed in an attack on student housing in Mubi that was widely blamed on Boko Haram.

In June 2014, at least 40 football supporters, including women and children, died in a bomb attack after a match in the Kabang area of the town.