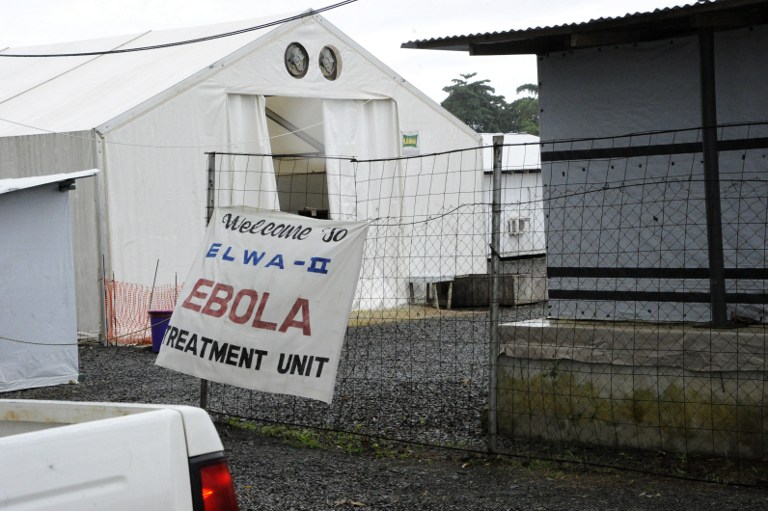 File: Liberian authorities called for calm following the discovery of a fresh case of the deadly Ebola virus.

KINSHASA - Democratic Republic of Congo has confirmed two cases of Ebola in the northwestern town of Bikoro and at least 10 more cases are suspected, the head of the national institute for biological research, Jean Jack Muyembe, said on Tuesday.

A source at the ministry of health also said two cases had been confirmed and added that there would be an official announcement about it later in the day.

It is the ninth time Ebola has been recorded in the DRC, whose eastern Ebola river gave the deadly virus its name when it was discovered there in the 1970s.

The latest incidence of the disease comes less than a year after the central African country&39;s last outbreak, in which eight people were infected of whom four died.

Ebola is believed to be spread over long distances by bats, which can host the virus without dying, as it infects other animals it shares trees with such as monkeys. It often spreads to humans via infected bushmeat.

Congo&39;s vast, remote geography gives it an advantage, as outbreaks are often localised and relatively easy to isolate.

In West Africa, an Ebola outbreak that ended two years ago killed more than 11,300 people and infected some 28,600 as it rolled through Guinea, Sierra Leone and Liberia before finally being contained.